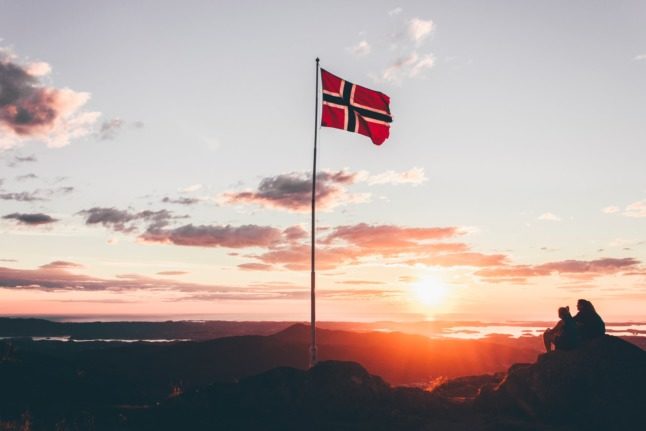 Taxes, childcare costs and the requirements for Norwegian citizenship will be among the things changing in 2022. Pictured is the Norwegian flag atop a mountain. Photo by Mikita Karasiou on Unsplash

This one has already affected Brits looking to move to Norway this year, but from the beginning of next year changes will directly impact everyone who was living in the Nordic country before December 31st 2020 and doesn’t apply for residence under the Separation Agreement by the end of 2021.

If they miss this deadline, they will have to apply as a third-party national, which means more boxes need to be ticked to obtain residency, such as a minimum income in some cases and a costly application fee.

READ MORE: How Brits can get a residence permit in Norway post-Brexit

From spring 2022, better Norwegian language skills will be required to obtain citizenship. The change is expected to come into force during the spring at the earliest.

The requirement for Norwegian verbal skills will be raised from A2 to B1 to obtain citizenship. The Common European Framework of Reference for Languages considers B1 to be semi-fluent.

Additionally, it will no longer be compulsory to undertake Norwegian language training or take classes on Norwegian culture and society to be granted citizenship.

Those who earn less than 750,000 kroner will pay less in taxes, and those that make more will be subject to higher taxes. Additionally, the wealth tax is being increased from 0.85 to 0.95 percent of net worth. Those with assets of more than 20 million kroner (40 million kroner for married couples) will pay a higher rate of 1.1 percent.

People who are members of a trade union will receive a tax deduction of 5,800 kroner. The CO2 tax will also be increased, but road and motor insurance tax will be slashed. The electricity tax will also see a slight decrease of 8 øre per kilowatt-hour during the winter and 1.5 øre during the rest of the year.

READ ALSO: How will the 2022 budget change life in Norway?

The duty-free quota rules will be changed from January 1st, meaning it will no longer be possible to replace the tobacco quota with 1.5 litres of wine or beer. This will come as somewhat of a blow to those who don’t smoke but like to grab a discount at duty-free.

The Tobacco tax will increase by five percent above the regular price adjustment. For example, the tax on a pack of twenty cigarettes will increase to 59 kroner.

Government to pick up half the electricity bill during the winter

The government will cover 55 percent of the bill on energy prices above a monthly average of 70 øre per kilowatt-hour. The deduction will appear on your bill and will be calculated automatically.

The scheme will apply from December until March 2022. The deductions will appear on the bill for December, which will arrive in the new year.

On April 4th, all personal tax returns will be sent to residents of Norway, which they can either fill out on paper or do online.

April 30th will see the deadline to submit tax returns or extend the submission date. People who are self-employed will have until May 31st to fill out their tax return.

Houses can no longer be sold “as is”

You can no longer sell a house “as is” in regards to its condition.

The new rules mean that sellers will need to take greater responsibility in providing thorough information about the condition of the house to prospective buyers. There will also be a greater expectation on house hunters to familiarise themselves with the information on the homes condition.

New minimum requirements for reports on the homes condition will also be introduced.

Norway’s new national museum will open in June 2022. The opening has been postponed several times already, with the museum initially scheduled to be ready for the autumn of 2020.

The museum will be the largest of its kind in the Nordic region and will house more than 100,000 works over 55,000 square meters.

Everyone over 18 offered a Covid-19 booster dose by February

The Norwegian government has set itself the target of offering everyone over the age of 18 a booster vaccine by the end of February 2022.

The government has also said that it should be on track to offer everyone over 45 a booster dose by mid-January.

Several new travel options should become available in Norway in 2022.

From May, United Airlines will begin flying a new route that will take passengers from Bergen to Newark, New Jersey, in America three times a week.

Interest rates to continue going up

Loan and mortgage repayments will continue to get more expensive throughout 2022 as Norway’s central bank, Norges Bank, continues to raise the policy rate above historically low levels.

The maximum price parents can be charged for a kindergarten place will be reduced from 3,315 kroner per month to 3,050 kroner per month. This will take effect from the New Year.

All first-grade children will also have access to a half-day place at an after-school activity.

The cost of fuel will go up considerably due to hiked taxes on petrol and diesel. Petrol tax is set to rise to 1.60 kroner per litre, and diesel tax will increase to 1.87 kroner per litre. As with taxes and childcare this change will be effective from January 1st. Petrol to cost more

Change to the pension rules

Everyone over 18 will begin contributing to their pension from the first krone they earn as part of the compulsory occupational pension scheme from January 1st.

Previously, contributions were required for earnings of 106,000 kroner and above. According to the government, the new rule will allow one million more Norwegians and 160,000 young people to contribute to the occupational pension.

One of Bergen’s biggest tourist attractions, the Fløbannen cable railway, will reopen in Spring 2022. The cable railway closed in September 2021 for six months for extensive refurbishments.

The railway will reopen in April 2022. The renovations include improved access for wheelchairs or prams. 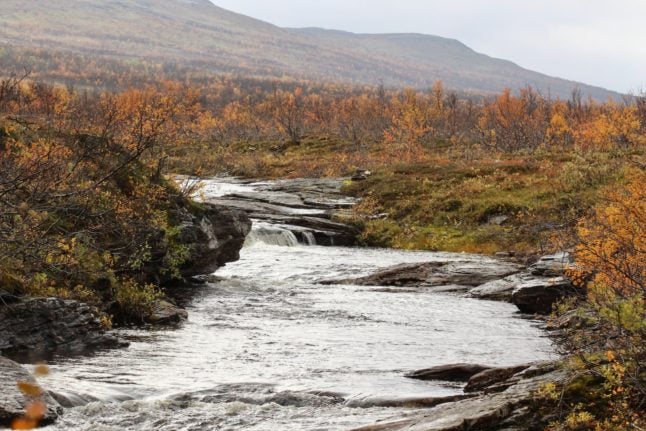 WHAT CHANGES IN NORWAY
New citizenship rules: Everything that changes in Norway in October 2022 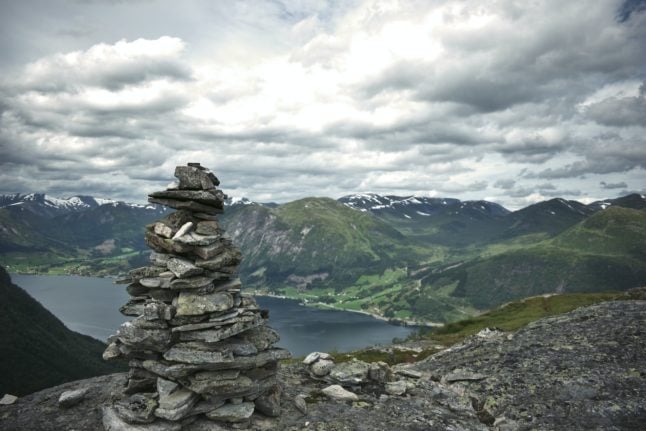 WHAT CHANGES IN NORWAY
What changes in Norway in September 2022?

Additionally, applicants will no longer be required to document Norwegian language training. Under current rules, applicants must demonstrate that they have attended Norwegian lessons or have an “adequate understanding of Norwegian”- i.e. passing language exam at A2, B1 and B2 levels.

On October 6th, the Norwegian government will unveil the state budget for 2023. The budget comes when the cost of living is increasing, and consumers are being squeezed by inflation, energy prices and rising interest rates.

However, early indications from the government suggest that households in Norway may have to settle for a more lean budget this year.

“There are new expenses that we must take in responsibly by creating a good state budget for the country and people, and we are well on our way to doing that. This is going to be a tight and fair budget,” Norway’s PM Jonas Gahr Støre said in August.

Transport cuts could be announced

One announcement to be expected in the budget would be a significant cut to major transport projects in Norway if comments made by the Transport Minister, Jon-Ivar Nygård, are anything to go by.

He added that due to the current economic situation that the government would be unable to deliver on projects outlined by previous governments.

However, he added that the government would instead put projects on hold than scrap them altogether.

Historically, the free week was based around when potato crops were ready for harvest. Now, it is a time when many Norwegians escape to their cabins for a week to explore nature and unwind.

This is the season when many (perhaps even most) Norwegians bunk off from work early to roam their local forests, bringing back giant hauls of hedgehog mushrooms (pigsopp), tasty chanterelles (kantareller), trumpet chanterelles (traktkantareller) and ceps (Steinsopp).

If you’re in the right part of Norway and find a good spot, you can bring back kilos and kilos, which, if dried or frozen, can keep you going right through to the next season.

READ MORE: How to pick mushrooms in Norway like you’ve been doing it all your life

Winter tyre season in the north

In the northernmost parts of the country, the winter tyre season begins earlier due to the snow arriving and settling quicker than it does in the south. As a result, the season in the north begins on October 16th before commencing on November 1st in the rest of the country.

In September, the proportion of energy bills the government covered increased to 90 percent. Some 90 percent of household energy bills will be subsidised when the spot price exceeds 70 øre per kWh.

The bill you receive in October will be the first one where 90 percent of the bill has been covered. 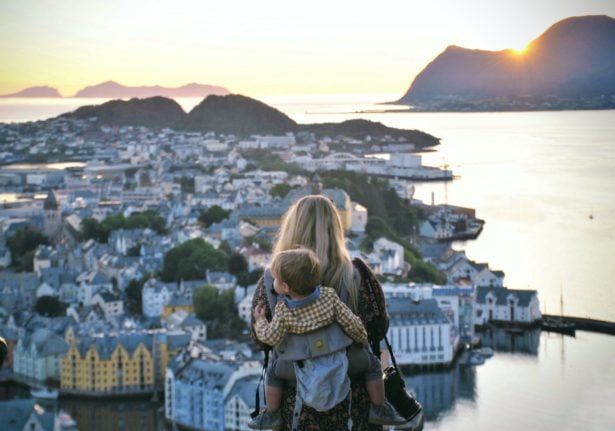 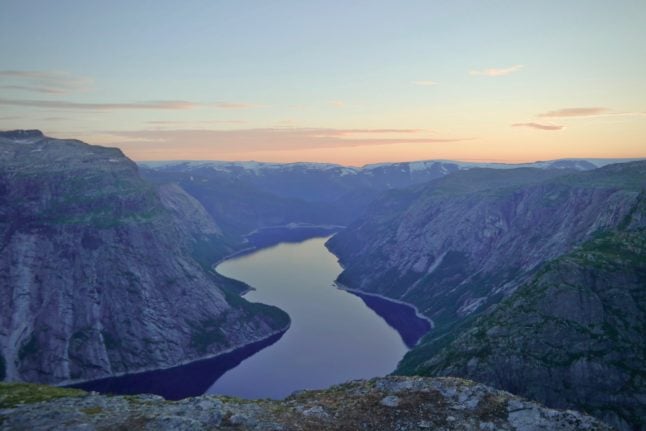 WHAT CHANGES IN NORWAY
Everything that changes about Norway in August 2022
Url copied to clipboard!