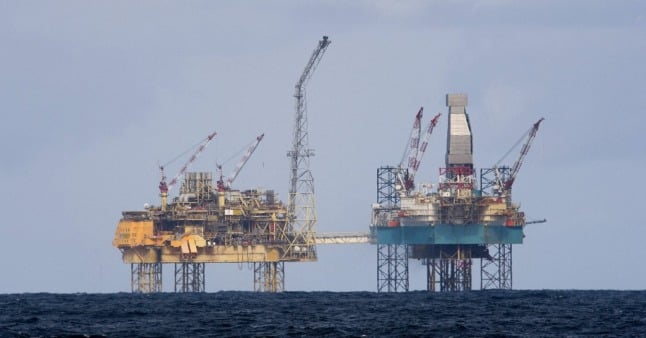 The two firms have agreed a merger. Pictured is two oil rigs in the North Sea oil. Photo by Jonathan Nackstrand / AFP

The company will be the largest of its kind “focused purely on the Norwegian Continental Shelf”, the companies said in a statement, creating a new heavyweight after Norway’s state-owned energy giant Equinor.

Aker BP chief executive Karl Johnny Hersvik said the merger will create an exploration and production “company of the future which will offer among the lowest CO2 emissions, the lowest cost, high free cash flow and the most attractive growth pipeline in the industry”.

He said it would also provide investors with strong dividends, pledging to increase them by at least five percent per year if oil prices remain above $40 per barrel.

The merger will see Lundin Energy shareholders receive $2.2 billion in cash plus newly-issued stock in Aker.

Norway will not grant new oil exploration licences in virgin or little-explored areas in 2022. But the deal does not rule out awarding oil licences in already heavily exploited areas.

Over 1.5 million flew with SAS last month, around four times as many as in April 2020 when Covid-19 restrictions were still in broad effect.

SAS still has some way to go to return to the number of passengers it registered before spring 2020, the “pre-pandemic” period for the hard-hit industry.

The airline was affected by a pilots’ strike in April 2019 which affected results for that month, but 2.5 million people flew with SAS in April 2018, demonstrating how the airline is still lagging behind earlier years despite the apparent recovery.

“We continue the ramp-up and see the highest number of passengers since March 2020,” president and CEO of SAS Anko van der Werff said in a press statement.

“Looking forward, sales and booking trends are positive for the summer period ahead,” he added.

“SAS is a bit more restrained in increasing its capacity than many of its competitors,” aviation sector analyst Jacob Pedersen of Sydbank told news wire Ritzau.

The company faces a challenge to make as much profit from its services as it did before the Covid-19 pandemic, according to Pedersen.

“The snapshot image of the trend in April is certainly encouraging but a closer analysis gives less cause for encouragement,” he said. 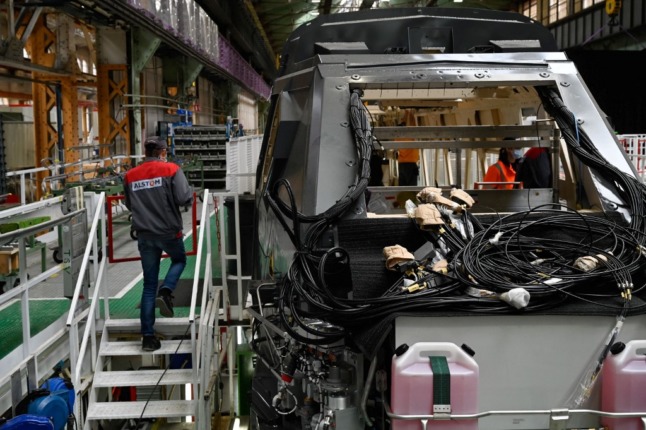 BUSINESS
Norway to buy up to 200 trains from French rail firm
Url copied to clipboard!