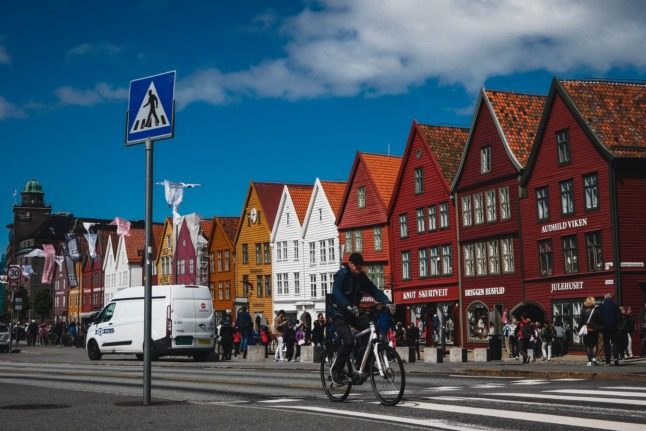 Norway's health authorities have said the current measures are no longer suitable. Pictured is Bergen, which has introduced local measures to bring down Covid-19 cases. Photo by Marcel Ardivan on Unsplash

Following a sharp rise in infections over the last few weeks, Norway may change tact regarding infection measures.

So far, the only national rules announced have been tighter testing rules for unvaccinated healthcare workers, travellers and close contacts of those who test positive for coronavirus.

The government has left decisions on what restrictions can be implemented to local authorities going through a spike in infections.

Several cities such as Bergen, Trondheim and Tromsø have brought in measures at a municipal level.

READ MORE: The current status of the Covid-19 epidemic in Norway

“It looks like the measures we have now are not sufficient to reverse the infection trend. This also has something to do with compliance, and that enough people follow the advice,” Nakstad told broadcaster TV2.

According to Nakstad, the Norwegian Directorate of Health and the Norwegian Institute of Public Health (NIPH) have passed on recommendations to the government regarding infection control measures.

“The outbreaks have been local, so it has been important to do what you can locally. (This approach) has been used for a while, and it has had an effect in some places, but not all. Therefore it is necessary to look at what should be advised nationally and locally,” the senior health official explained.

“We are considering all measures at all levels now. The strategy applied based on the reopening in September will be revised now. We no longer consider it suitable,” Kjerkol told NRK.

The health minister hinted that more would become clear next week.

“This strategy will be revised, and then the Prime Minister will report to the Storting [Norwegian parliament, ed.] on Tuesday. Then we will make more assessments,” she said.

What national measures could be announced?

It is unclear at the time of writing what changes the government will make to its infection control strategy. Throughout the pandemic, the government has typically adopted recommendations made by the NIPH and the Directorate of Health.

The recommendations made by the health authorities with regard to the current situation have not been revealed. Moreover, the government doesn’t always adopt what’s recommended.

The last set of recommendations submitted by the authorities asked for the return of face mask use in some public settings. The government decided against adopting this.

Kjerkol didn’t offer specifics regarding new restrictions aside from saying the government was considering “all measures at all levels”, but she did say the strategy would be aimed at driving down the spread of infection and hospitalisations.

“We have a situation here and now that we have to deal with. Increased infections lead to increased hospitalisations,” the minister explained.

Before the remaining national restrictions were lifted at the end of September, Norway’s Covid-19 measures were split into rules and recommendations.

The recommendations were general advice the public should follow to curb the spread of disease, but which were not enforceable rules, while restrictions were rules which people were required to follow and could be enforced.