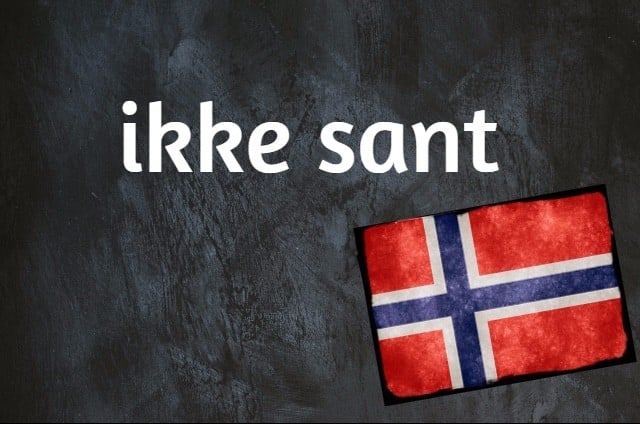 Norwegians love to use this particular word. Photo by: Spratt/Unsplash/Nicolas Raymond

Ikke sant? Ikke sant. Or, ikke sant!? They all work. Ikke sant can be used to question, as a statement, or as an exclamation. Such a broad use of this term may have many foreigners confused of its meaning, and how to best use it in conversation.

Directly translated to English, ikke sant means, “right”. Just as you can throw this word out in English in different contexts, you can do the same with ikke sant in Norwegian.

This is where it can get a little bit confusing. For example someone can use ikke sant as a question or to clarify or confirm something. Normally you can tell if its being used as a question if their is a rising intonation of the persons voice. Norwegians often say ikke sant (?) when they really mean, er det sant (?). Which means, “is that true/correct?”.

Ikke sant is often used at the end of a sentence in a conversation. Though there are many locals who overuse the term unconsciously and like to pepper the start and the middle of their conversations with ikke sant as well.

Du husker det, ikke sant? – You remember that, don’t you?