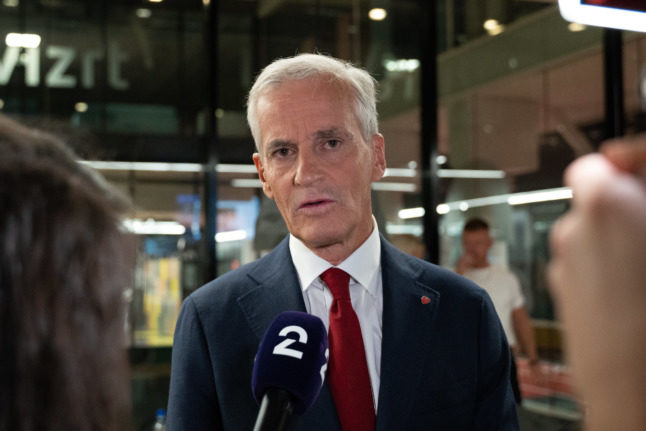 Jonas Gahr Støre officially took over as Prime Minister of Norway on Thursday and unveiled his cabinet for the first time.

“This is a day I have been looking forward to,” he said, speaking to the press.

“He has had a long career and is a steady politician. He has experience from the Starting’s (Norwegian parliament) finance committee in the last two terms. It will come in handy when he takes over the responsibility of finance,” the prime minister said of his Centre Party colleague at the unveiling.

Among the newly minted ministers were Tonje Brenna, the new minister for education and Jan Christian Vestre, who will take the post as minister of trade and industry.

Both are survivors of the devastating Utøya attacks in which 69 people were killed by far-right extremist Anders Behring Brevik who targeted a youth camp run by the Labour Party’s youth wing, the AUF.

“We get two ministers who were on Utøya on July 22, and who helped to take AUF and the Labor Party forward. They were party builders – they are builders in this country politically. They have dedicated their lives to it,” Støre said of the party.

“Now that these talented young politicians are carrying this past with them, I feel that we have taken another important step and I am very proud of that,” he said.

Another eye-catching appointment was 28-year-old Emille Enger Mehl from the Centre Party, who takes over as Minister of Justice.

“She goes to a big job at a young age, but we are confident that we have a visionary and energetic politician,” Støre said of Mehl.

His predecessor Erna Solberg has wished him luck in the role.

“The most important thing to say today is good luck: Norway needs a government that is able to build our society in the future,” Solberg said.

Norway had women-majority cabinets twice before — — albeit briefly — under Jens Stoltenberg, Store’s predecessor between 2005 and 2013 who is currently the head of NATO.