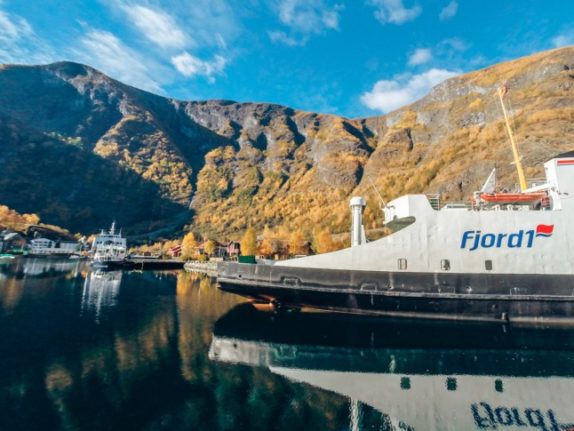 Using ferries in Norway is set to become a lot cheaper under the next government. Pictured is a passenger ferry in Flåm. Photo by Meriç Dağlı on Unsplash

Norway’s next government has pledged to slash ferry prices in half and scrap fares on routes that see less than 100,000 passengers per year.

“We state in the new government declaration that we want to halve ferry prices in Norway. In island communities without any connection other than a ferry, the crossing will be free. In addition, there will be a free ferry on routes with fewer than 100,000 passengers annually,” Centre Party leader Trygve Slagsvold Vedum told newspaper VG.

He added that the price cut on the ferries would help better connect the country and help people trim their travel expenses.

“This is a handshake to develop the whole of Norway. Free for the smallest places, but a halving of the ferry prices for most,” Vedum said.

The reduced fares will make cross-country travel by ferry a much cheaper and a more viable option. Express trips on a ferry from Bodø til Svolvær, for example, cost between 600 to 850 kroner (60 to 85 euro).

The heavily discounted fares will be in addition to the outgoing government’s plans to cut ferry prices, which were set out in the revised national budget in May.

“It is unreasonable that those who have to take the ferry to get to work, meet family or get around with their goods, should foot the whole bill,” Labour leader and Norway’s next prime minister, Jonas Gahr Støre, told the newspaper.

Ferry prices won’t be decreased immediately but will be gradually brought down over a period of four years.

Vedum said that he hoped the price cut would help boost businesses as well as families.

Thora Gundersen, a manager at a care centre who uses a ferry to get to work every day, told VG that the news was almost too good to be true.

“This is almost too good to believe. This saves a lot of money for us,” she told the paper. She also estimated that her and her partner fork out around 76,000 kroner a year in ferry tickets.

As many as 900 pilots in Denmark, Norway and Sweden are participating in a strike which SAS has warned will affect 30,000 passengers each day the strike continues.

Unions announced that strikes would go ahead after the deadline for the two parties to find an agreement was pushed back several times.

When strike action was confirmed, union reps said that the gap between what pilots wanted and what was offered was too far to be bridged with negotiations.

“We have not succeeded in agreeing with SAS. We have been in long, long negotiations. We have come a long way. We have tried to reach an agreement but experienced that no matter how far we go, it will never be enough,” Martin Lindgren from the Swedish Pilot Association and leader of the SAS Pilot Group told business and financial site E24.

The gap between the parties stems from two issues. Firstly, pilots are unhappy with the wages and working conditions offered by SAS. Unions have said that pilots were willing to take a five percent pay cut and work longer hours to strike a deal.

READ ALSO: How long could the SAS pilot strike last?

However, the bigger issue for SAS pilots is that instead of re-employing those SAS pilots who were laid off during cutbacks caused by the pandemic, priority is instead being given to hiring new pilots on cheaper deals in two subsidiaries, SAS Link and SAS Connect.

The creation of the two subsidiaries came at a similar time as when 560 pilots lost their jobs due to the airline slashing costs across the board.

In contrast, pilots’ representatives argue that using subsidiaries was a form of union-busting and goes against the Scandinavian working model.

Last week, Roger Klokset, head of the Norwegian SAS pilots’ association, told newspaper VG said they were willing to see the company go under if needs be.

“Yes. Undoubtedly if the company fails to relate to the Scandinavian model, we believe that is an actor that doesn’t have the right to life,” Klokset told VG. 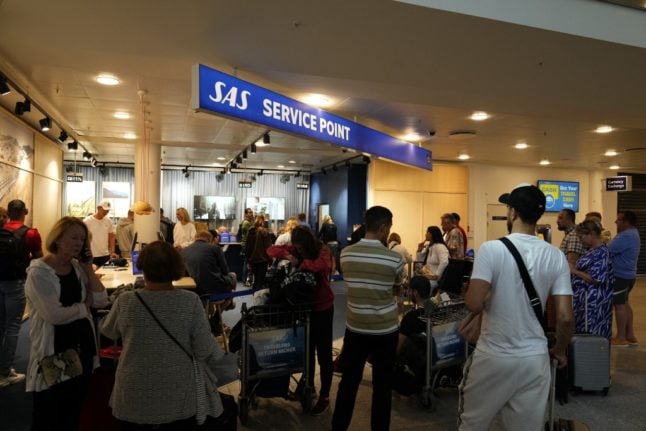