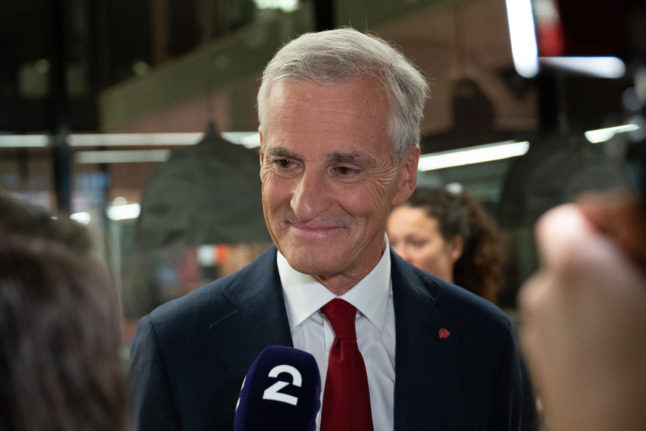 The last time Norway, Finland, Denmark and Sweden all had social democratic prime ministers was back in 2001. And if you throw in Iceland, it has not happened since the 1950s.

The resurgence of left-wing parties elsewhere – particularly Germany – has led some to believe social democrat parties are finally making their way out of the doldrums.

“At the very least it crushes the notion some people have that social democratic parties are in splinters,” Norway’s probable next prime minister, Labour leader Jonas Gahr Støre, said on Tuesday.

According to him, his victory is a sign of the return of social democracy “as a leading political force”, in a “somewhat renewed” form that has struck a delicate balance between industry, employment and climate issues.

Norway’s Labour Party may have benefited from the current desire for a stronger state and fewer inequalities inspired by the pandemic, suggested Elisabeth Ivarsflaten of the University of Bergen.

But they were also better at containing the far-right populists, which have lost momentum in both Norway and Denmark.

“They thought very carefully about how to handle the populists, both in terms of rhetoric and strategy, and about the kinds of policies they need to adopt,” Ivarsflaten said.

In Denmark, the Social Democrats led by Prime Minister Mette Frederiksen have stolen the far-right’s thunder by adopting one of Europe’s most hardline anti-immigration policies.

Scandinavia, a bastion of social democracy in the post-war period, saw the right come to power during the crisis years in the 1970s and 1980s.

That paved the way for more regular power shifts over the years, as social democrats saw their election scores fall from between 40 and 50 percent, to 30 or even 20 percent.

No ‘harbinger of renewal’

Despite coming back to power, their popularity at the ballot box has hardly rebounded – they have benefited instead from increasing fragmentation on the right.

Norway’s Labour became the biggest party after Monday’s election despite garnering just 26.3 percent of the vote, their second-lowest score since 1924.

Once able to rule alone or with the support of a single smaller party, social democratic parties now find themselves having to build coalitions with two or even three partners, forcing them to make compromises and concessions.

In Sweden, they were able to retain power in a 2018 vote but posted their lowest score in a century and had to build a minority coalition with the Greens supported by two centre-right parties.

At the end of the day, “it’s a weakened social democracy”, concluded political scientist Jonas Hinnfors of the University of Gothenburg.

He attributed social democracy’s recent election successes to divisions on the right and the centre, rather than a real revival on the left. Yohann Aucante, a Nordics expert at the EHESS social sciences university in Paris, agreed.

The current “five for five” is actually “very fragile … it’s not a harbinger of a renewal of the left in Scandinavia”, he said.

“The paradox is that all of these parties have problems and dilemmas.”

“In Norway … it’s oil, with the social democratic youth wing forcing the party to backtrack on oil exploration, whereas if they had listened to the union factions the choices would’ve been very different,” he said.

Meanwhile, the Nordic grand slam could be short-lived.

Iceland goes to the polls on September 25th, when the right-wing Independence Party, currently a member of the left-led government, hopes to reclaim the post of prime minister.

And in Sweden, which holds its legislative elections a year from now, opinion polls suggest the right-wing could come to power, possibly with the support of the far-right for the first time.

Article by AFP’s Marc Préel, with Pierre-Henry Deshayes in Oslo