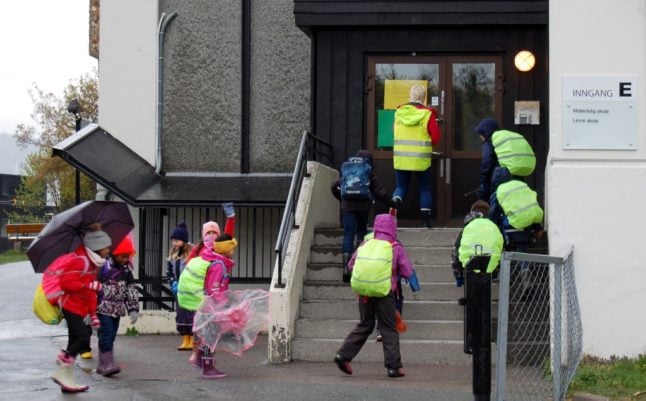 One year on since Norway confirmed its first case of coronavirus people have grown used to face masks and keeping their distance and to the fact that many shops, bars, restaurants and schools have periodically closed.

A new report has looked at the string of measures introduced by the government to stem the spread of the virus such as mandatory face masks, school and gym closures and social distancing and weighed up their impact

The report from the Norwegian Institute of Public Health classifies the impact and efficiency of the measures from “big” to “medium” and “small” and looks at both the effect on the virus spread but also the impact on the economy and public morale and the most vulnerable in society.

Here are the important observations from the report.

One of the most debated measures in Norway has been the obligation to wear face masks.

Face masks were made mandatory in public transport and most indoor public places in Oslo and other municipalities with high infection rates last year with some smaller municipalities following suit.

But according to the new report masks have had “little to medium effect” in halting the spread of coronavirus.

While commuters and workers might not have enjoyed wearing a mask at least the negative consequence of the rule on work and the economy was “small to medium”, the report said.

Director at the Norwegian Institute for Public Health, Camilla Stoltenberg told NRK  the reason why face masks are still recommended despite having “little to medium” effect was because they are effective in situations where people are unable to keep their distance from others.

“We are seeing an effect due to a sum of measures. Unfortunately, for many of the measures, including face masks, there is weak documentation on its actual effect. The most important measure we have is distance. But we recommend using a facemask where it is impossible to keep a good distance,” she said.

The closure of gyms and the cancellation of some sport and recreational activities was judged as having a “medium” impact on the spread of the virus, so more than face masks.

However, when considering the negative consequences of these closures and the effect on people’s wellbeing, in particular children, young people and other vulnerable members of society, the FHI classed the negative impact as “big”.

“When we talk about the small burden of wearing face masks, it’s because we are comparing it with other measures, which unfortunately have a much bigger burden on people, such as the closure of kindergartens and schools,” Stoltenberg said.

The closure of schools and kindergartens across in Norway and in countries around the world has been a hotly-debated measure.

The FHI report underlined that the effect of closing schools on the spread of Covid-19 was “small”.

The report concluded that social distancing guidance – keeping two metres away from people where possible – was the best measure in halting the spread of coronavirus.

General social distancing rules were also not considered to be a major burden to children, youth and other vulnerable people.

The closure of hospitality venues was judged to have had a “medium” impact on people’s wellbeing, while having a “big” effect on cutting the spread of coronavirus, according to FHI.

But restrictions on restaurants, bars, shops and cafes has affected people’s opportunities to socialise outside the home.

Being completely barred from seeing others carried the biggest negative consequence for public health and wellbeing, according to the report.

The number of people struggling with loneliness and mental health issues in Norway has increased dramatically during the pandemic.

A survey of 26.000 people conducted by the FHI between November 18th and December 4th 2020 showed that more people were suffering with loneliness than before the pandemic.

The group most affected was young people, where one in three students reported feeling lonely. Additionally, out of everyone surveyed one in four people reported being “unhappy with life”.

Travel restrictions were judged as having a “big” impact on halting the spread of transmission, according to the report.

Norway has had some of the strictest border and travel restrictions in Europe since the outbreak in March. Currently only nationals or residents in Norway can enter the country with borders still closed. Border measures include mandatory coronavirus testing and obligatory quarantine.