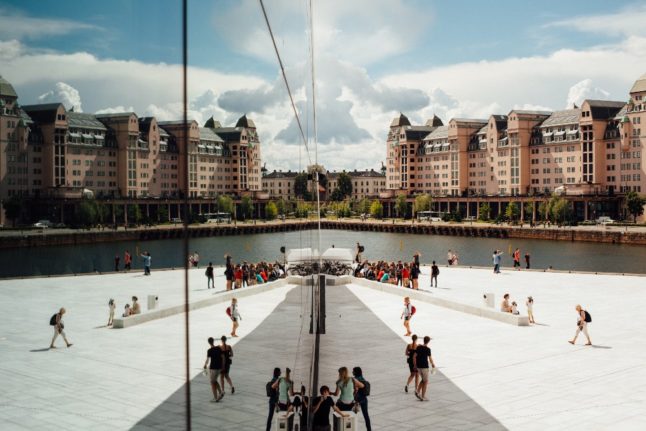 While around 170,000 immigrants and their children lived in Norway at the start of the 90s, making up less than 4 percent of the population, this number had risen to nearly 950,000 in 2019. They now account for an 18 percent share of Norway’s inhabitants.

The growth, however, is starting to wane. While the number of immigrants and their descendants increased by 40 percent in the five years from 2010 to 2014, the rate had dropped to just over 17 percent for the period from 2015 to 2019.

In the last three decades, data from Statistics Norway show that 250,000 people moved to Norway for family reasons, while 200,000 have moved for work. Combined, seven out of every 10 immigrants in Norway belong to one of these two groups.

The third largest group is refugees, accounting for just under a quarter of the total number of immigrants.

Education, meanwhile, despite being free in Norway, remains the least popular reason for moving to the country, accounting for just over 5 percent of the total number.

The reasons for moving to Norway are reflected in country of origin for immigrants and their children. Polish nationals are by far the largest group in Norway, with over 100,000, dwarfing Lithuania, which comes in second place with 40,000 citizens.

Swedes, who ten years ago made up a large number of the Norwegian workforce, have meanwhile dwindled to a mere 35,000.

Sweden is, however, closely followed by Syria (32,000) and Somalia (29,000). Both of these countries have been ravaged by catastrophic wars in recent years.

To the east and along the coast

Unsurprisingly, many immigrants and their kids have decided to settle in Norway’s urban areas, particularly in the capital Oslo, which is home to the largest group of 180,000 people.

Bergen, Norway’s second largest city, also has the second highest number of immigrants and their descendants, at 43,000. Stavanger and Trondheim, the country’s third and fourth largest cities, have a population of 27,000 and 28,000, respectively.

Variations are not just easy to spot when assessing the whole country. Taking a closer look at Oslo, one can clearly see differences from borough to borough.

In Stovner and Søndre Nordstrand they account for every three of five residents, while they make up over half the population in Alna, Grorud and Sentrum.

On the other side of the spectrum is Vestre Aker, Nordstrand, Nordre Aker and Ullern, where only one in five residents are immigrants of children of immigrants.

This difference between the eastern and western boroughs of Oslo, which also often overlap with other sociodemographic indicators, is why Oslo is sometimes called a “divided city”.