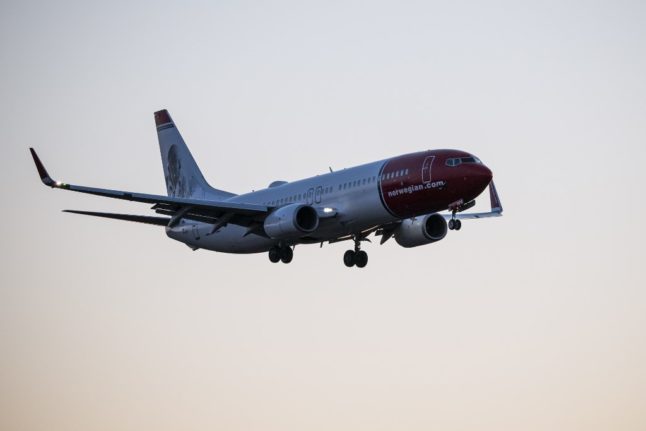 Why are the new restrictions being put in place?

After the so-called “British coronavirus variant” (B117) was discovered in Nordre Follo, just south of Oslo, on January 22nd Norway has been concerned that the variant, believed to be significantly more contagious, would cause a third wave which could cripple health services.

The government defended the decision to effectively close its borders by pointing to countries such as Ireland, which had gone from relatively low infection rates to uncontrolled spread in a matter of weeks.

The outbreak of the B117 mutation in Norway is thought to be linked to international travel, with three people currently in isolation in Skien recently having travelled to the United Kingdom.

READ ALSO: Norway to close borders to almost all non-residents over virus fears

The border closure therefore is an attempt by the government to curtail the risk of importing the infection. At the moment the degree of contagion in Norway is decreasing, which is seen to give an edge in attempting to control the spread of the new mutation.

The restrictions come after weeks of criticism from the opposition that the government is not doing enough to prevent the import of infection from abroad.

When the new rules apply?

The border closure will take effect at 12am (midnight), the morning of Friday January 29th 2021.

Who does it impact?

The new restrictions will affect anyone who is not a Norwegian national and who does not have residency in Norway. The following groups are no longer permitted entry:

How long will the rules be in place?

The new border closure has initially been implemented for two weeks. It is subject to review, but likely to be extended, according to Prime Minister Erna Solberg.

I live in Norway, but do not have a Norwegian passport, can I still travel to Norway?

Yes, if you have a residence permit. Foreigners living in Norway will still be able to travel.

I have set off and will arrive in Norway on Friday, will I still be granted entry?

Yes. Foreign nationals who have already begun their journey to Norway before the restrictions take effect will be granted entry.

Are there exemptions to the rules?

Yes, there are some groups exempt from the new restrictions. The groups with permission to enter include:

Will those exempt from the travel restrictions still be subject to other entry requirements?

Yes. They will still be subject to the other entry requirements, such as presenting documentation of a negative coronavirus test taken less than 24 hours prior to entry and travel registration.

The 10-day quarantine and quarantine hotel requirements will remain in place for travellers. All Norwegian nationals may continue to travel into Norway, but are also subject to quarantine duty.

93 percent of the Danish SAS pilots have voted yes to an agreement which ended strike action but also means, among other things, redeployments, longer working weeks and lower wages.

This was announced by Dansk Metal on Saturday morning. The pilots could have voted yes or no on the new collective agreement until midnight on Friday evening.

Pilots in Sweden and Norway have also approved the agreement.

Keld Bækkelund Hansen, head of negotiations at Dansk Metal, said “I am incredibly happy. It is a bit atypical to see that a collective agreement negotiation ends in agreements being made that reduce wages and conditions.”

“So of course it was exciting how our members viewed the new collective agreement. But they could also see that it was a necessity in relation to SAS’s situation,” he added.

The agreement comes after months of tug-of-war that finally saw SAS and the striking pilots reach a collective agreement on 19 July. It helped end a two-week strike.

Part of the background to the conflict between SAS and the pilots was that, during the COVID-19 pandemic, SAS dismissed around half of its pilots.

With the new collective agreement, however, all 450 dismissed pilots will be offered re-employment in the future.

At the same time, SAS pilots will see a 25 percent pay cut, and the limit for the workload is raised from 47 hours to 60 hours per week.

But even with strike action over and a collective agreement supported by pilots, the problems are far from over for SAS, which has suffered major financial losses during the conflict.

Currently, the airline plans to begin a reconstruction in the United States under bankruptcy protection in a so-called Chapter 11 process.

Bankruptcy protection will mean that SAS can continue to operate and pay wages while the process is ongoing.

SAS is seeking financing of up to $700 million- slightly more than DKK 5.1 billion.

SAS press manager Alexandra Lindgren Kaoukji said in a statement: “We are very happy and look forward to continuing our ongoing Chapter 11 process and our work to ensure a strong and sustainable airline for many years to come.The positive result of the vote will help SAS to attract long-term investors while we go through the Chapter 11 process and work further with the SAS Forward plan.”

PARTNER CONTENT
Where are you going this summer? Why Malta is the perfect Mediterranean escape
Url copied to clipboard!