Norway is lagging behind in its Covid-19 vaccination programme when compared to its neighbours and EU countries, who like Norway, receive their supply of vaccines through the EU’s procurement scheme.

The countries are comparable because they receive vaccines via the EU proportionally. Additionally, the vaccines are approved for use in the countries at the same time, through the European Medicines Agency, meaning countries can begin vaccinating on around the same date.

According to Norwegian Institute of Public Health (NIPH) figures, the country had given 63,727 people the first dose of the vaccine as of January 20th. 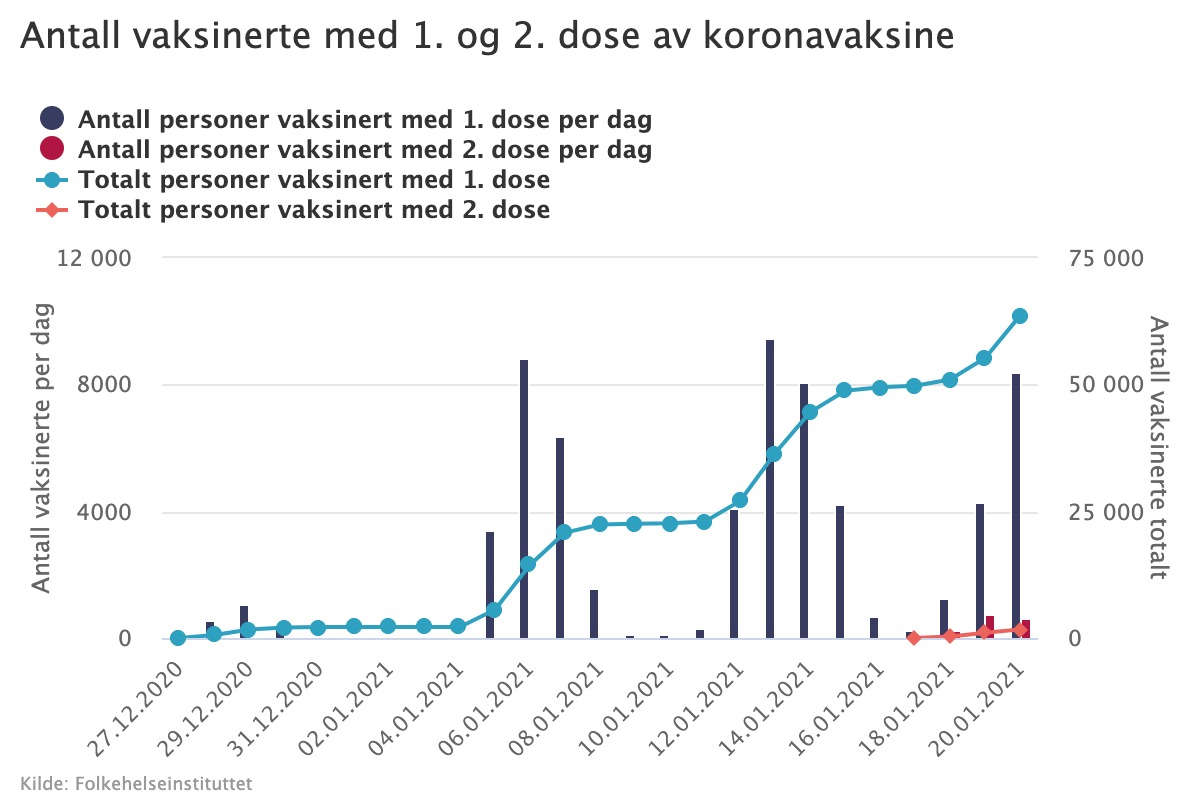 Comparative data website Our World in Data puts the country at 1.03 percent for the proportion of its population so far given the vaccine. It should be noted that the total of administered doses from one day earlier, January 19th, is used here.

The numbers do not compare favourably with neighbouring countries. Denmark’s latest vaccination figures, released by the country’s health ministry on Thursday, state 178,969 people in Denmark have had the first dose so far, amounting to 3.07 percent of the population.

In Sweden, 146,775 people, or around 1.45 percent of the population, have received doses in total. The raw number from Sweden comes from January 17th, because Sweden is so far only updating its vaccine statistics once a week. 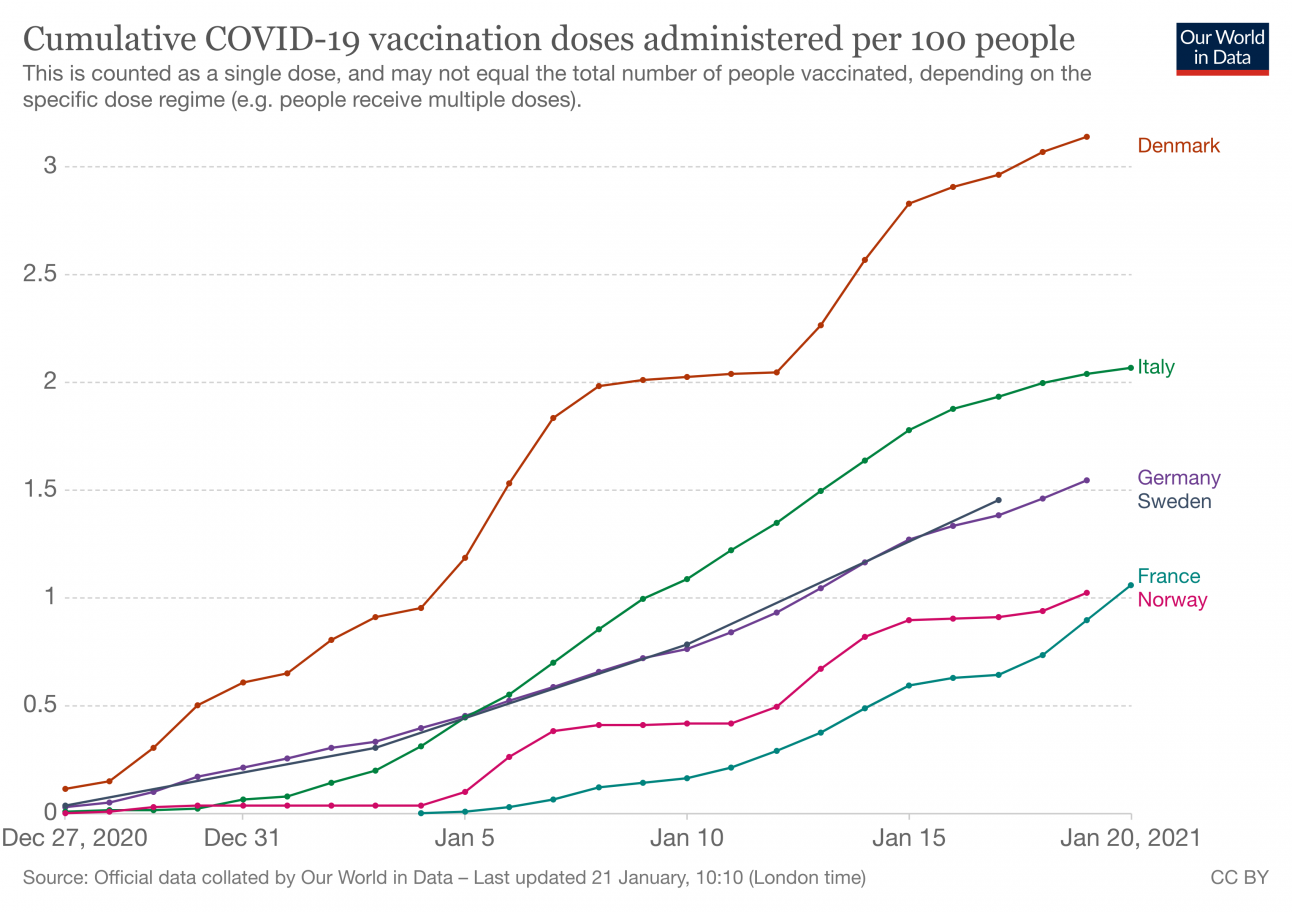 So why does Norway appear to be moving more slowly on vaccination than its neighbours?

“There is a confluence of reasons – so I would say we have a solid, safe and good system which will vaccinate our population in a good way,” NIPH senior medical consultant Are Stuwitz Berg told VG in an interview.

“That this, here at the start, means we are a little further down on a list like this is not the most important thing in the wider context,” Berg said.

Comparing with Denmark and Norway enables a comparison of how health care is administrated in the three Scandinavian nations.

“We are taking time to use the system we know and have and to get this completely out to the population,” Berg told VG.

The medical advisor also noted that Norway’s population is more spread out than the geographically smaller Denmark. While Sweden is closer to Norway on this metric, it is governed more centrally.

Changing its established system to match those in Denmark and Norway would not necessarily speed things up in Norway, according to Berg. That is because it could have resulted in Norway residents being forced to travel longer distances to be vaccinated.

“(Longer travel) could have been the consequence. It would have been more demanding to get especially old and sick people to travel a fair distance to get the (vaccine) doses,” he said.

Norway’s system could have some benefits, the NIPH consultant said.

“Getting the vaccine out to people where they live is good. And it could mean that we could succeed in getting a high level of coverage, we hope,” he added.