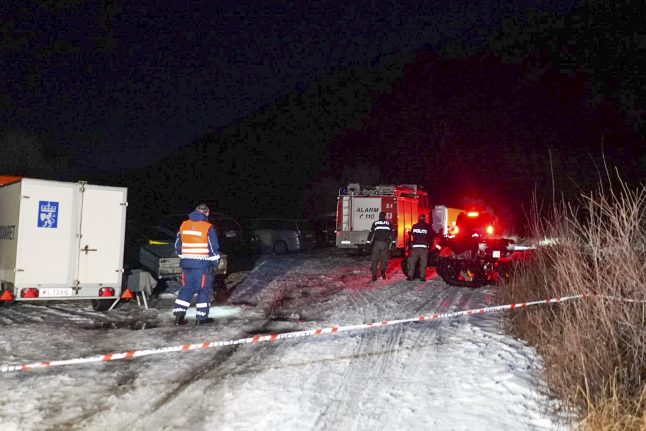 The emergency services by the road that enters the place in Vesterålen where a cabin burned down in the early hours of Saturday. Photo: Jens André Mehammer / NTB

The blaze broke out at 4:30 am (0330 GMT) in the cabin in Andoy, in the Lofoten archipelago. The man tried to rescue the others, including four children under the age of 16, police said in a statement.

But when he realised he was not able to, he ran almost four kilometres (2.5 miles) to the closest neighbour to call for help.

The cabin was located in a valley surrounded by forest and with no cell phone reception.

“He basically had to run in what he was sleeping in,” Nordland police official Jorn Karlsen told VG newspaper.

By the time emergency services arrived at the scene the cabin had burned to the ground.

“We fear that the five people missing are in the ruins,” Karlsen said.

The cause of the fire was not immediately known. Police refused to comment on the identities of the six but did say they were related.