Norway has begun mandatory coronavirus testing for everyone entering the country, with a fine of 20,000 Norwegian kroner (2,000 euros) for those who fail to comply.

With the risk of "imported infections" on the rise, "we are imposing several measures to limit them as much as possible," justice minister Monica Mæland told a news conference, last week.

"Once testing capacity has been strengthened, our aim is to introduce compulsory testing at the borders", she added.

Norway already had some of the strictest rules of entry in Europe: visitors had to produce a negative test taken within the last 72 hours, register with local authorities and most undergo a seven-day quarantine.

They were also required to take another test within 24 hours of arrival.

But that proved difficult to enforce and so was replaced by a mandatory test at the border from 5pm on Monday January 18th.

READ ALSO: What are the latest rules for travel to and from Norway? 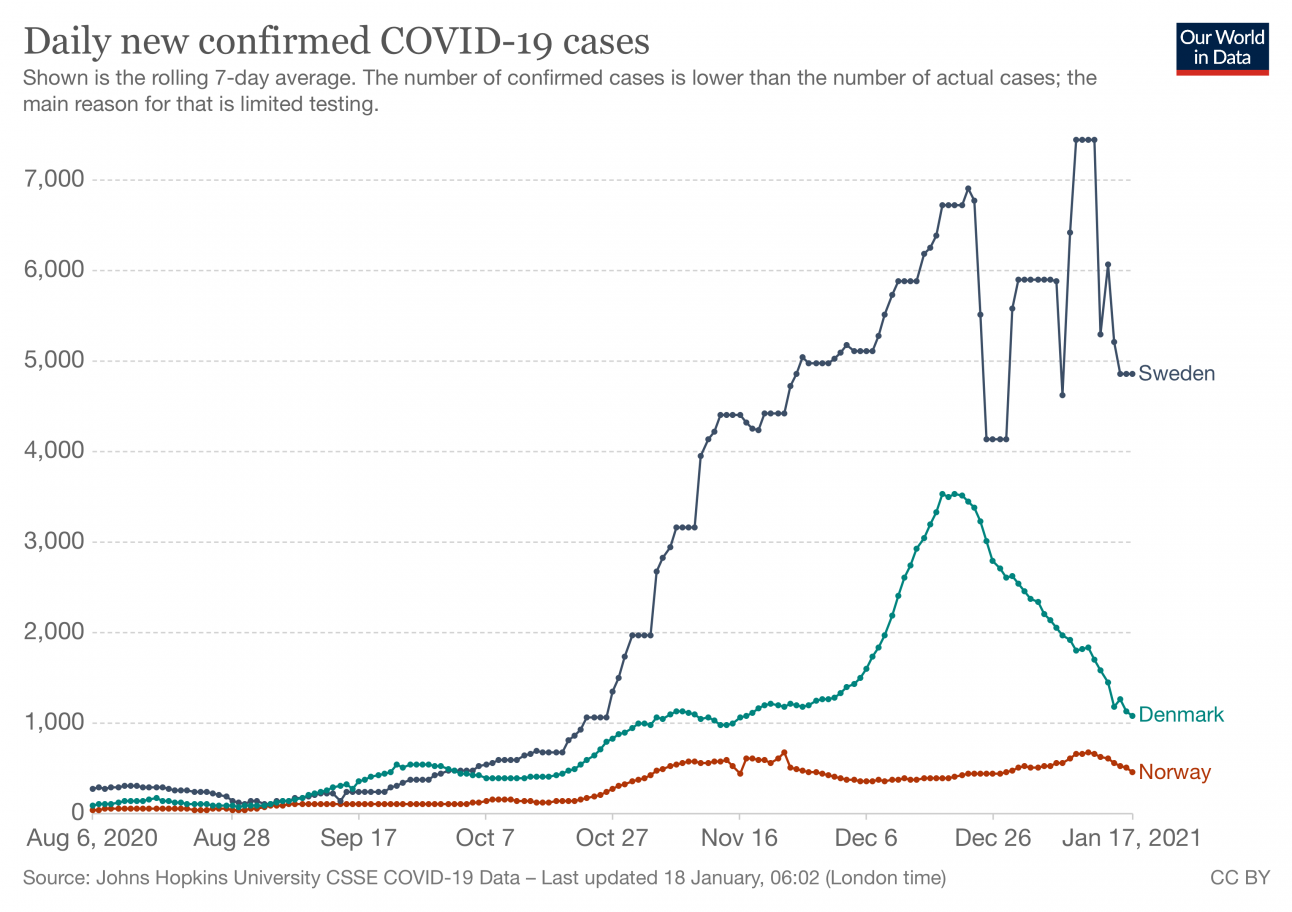 Although the rate of infection in the Scandinavian country of 5.4 million people is still low compared to other countries in Europe, there has been an increase in new infections recently, particularly during the holiday season.

The country's King Harald and Queen Sonja have been given their first dose of the vaccine, the royal palace announced.

READ ALSO: What are the latest Covid-19 rules for travelling to and from Norway?