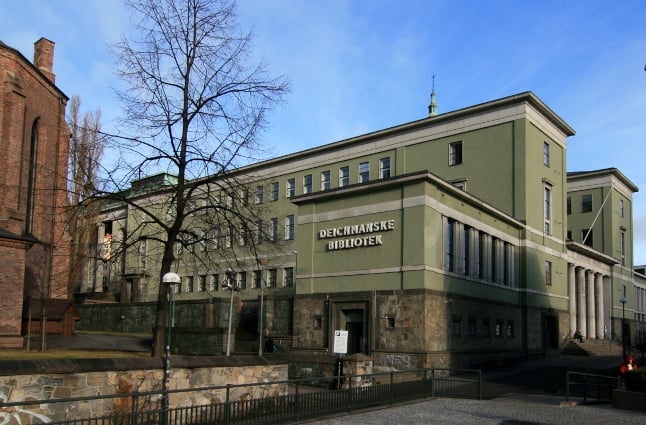 Norway has been using public libraries in the cities of Oslo, Trondheim, Stavanger and Kristiansand as an integration arena since 2011. A library is in a special position because they are found in all areas, are public, and enjoyed by both children and adults making it an ideal place for integration activities.

The largest public library in Norway, Deichman, offers a number of services and believes it to be a part of their social mission. The city councillor for culture, sports and volunteer work, Rina Mariann Hansen tells newspaper Dagsavisen, “the library has found a new role in the community arena. It's no longer a place where one says 'shhh'.” The inside of a library is an important place for development or just a meeting spot for everyone.

Prat, les, klikk (speak, read, click). This is the framework through which public libraries, including Deichman, are working on helping individuals from a minority background develop a better language understanding.

It is a programme designed to give and get back. The hope is that with an increased reading desire, and increased digital competence, a newcomer will want to increase their participation in society and feel more included. This falls in line with the government's goals for immigrants moving to Norway. In 2018, Prime Minister Erna Solberg said: “The goal is for immigrants to participate to a greater extent in working and social life. Those who will live in Norway must become part of large and small communities in our country.”

Finding different ways of integration that work best for migrants with different needs and interests can be difficult. In Norway, people from minority backgrounds come from 221 different countries – all with their own experiences and life views. And with ten times the number of immigrants living in the country compared to the previous generation, the need for society to find a working solution(s) to facilitate the integration process is necessary.

Deichman has implemented and is currently offering successful integration activities for groups that are far from homogenous. The response is to develop the best possible multicultural services a library can offer. Not to focus on the participants' differences and instead use the library itself as glue. They have used various activities such as: language cafés, writing workshops, reading groups, data courses, homework help and women's groups.

While participating in an activity such as the Språkkafe (or, language cafe) the hope is that participants will be able to feel safe and open to new experiences in the library environment. It is meant to help for example, a Latvian construction worker and a Syrian refugee find what they have in common while learning a new language.

MORE IN THIS SERIES:

Italian student Vera Rosso, 22, came to Norway in 2016 and was a weekly visitor at the Språkkafe in one of the Deichman libraries, at Tøyen, Oslo. “It felt easy because I didn't have to sign up or pay,” she says.

“I felt like I was more welcome since it was in a public space to start with.”

When asked how much she thinks it helped her with her Norwegian skills she replies: “I wouldn't say it helped with my language skills so much as it helped my confidence in trying something new. And I was so lonely when I moved here, it was nice to just be around people.”

A lack of knowledge about what the library has to offer is another challenge when it comes to reaching out to newcomers. “I lived here for a full year before I knew such programmes like the Språkkafe existed,” shares Rosso. “I only found out because I happened to be in the library at the same time as the others were meeting up for the evening.”

Rosso has suggestions about how to spread the word. “A free service offered for helping foreigners integrate should be better known,” she says. “The library should put more effort into their marketing, I myself tell every new immigrant I meet. There needs to be more word of mouth these days.”

Agnes Erickson is a freelance journalist based in Norway. She is a weekly contributor to The Local Norway and a new staff writer at Health Digest.