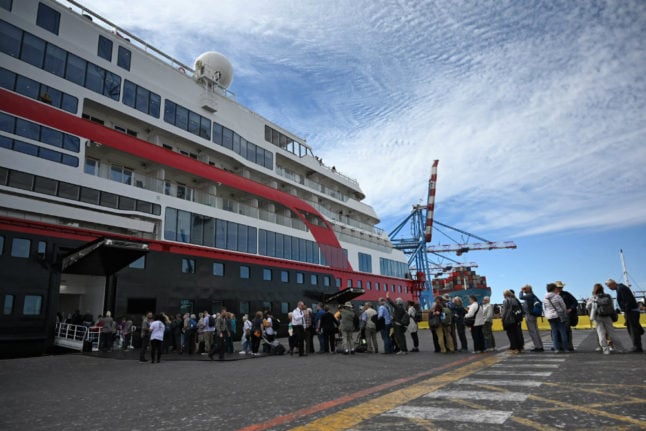 Tourists board a Hurtigruten expedition ship in Chile in 2019. File photo: AFP

“It's a serious attack,” said the company's chief digital officer Ole-Marius Moe-Helgesen in a statement. “The entire worldwide digital infrastructure of Hurtigruten seems to have been hit.”

The company said it had alerted the relevant authorities when the attack was detected overnight Sunday to Monday. “The attack seems to be a so-called ransomware,” Hurtigruten added.

Ransomware is a kind of malware — malicious software — that encrypts the data of the target, locking the owner out of its own system until the victim agrees to pay for a decryption key to let him back in.

The attack comes as the company, which like the rest of the cruise liner industry is owned by private investors, is struggling with the losses caused by the coronavirus pandemic.

The company tried to relaunch its cruisers in June but suspended them again in September until the end of the year after dozens of crew members and passengers were infected with the virus.

Europe's cruise liner sector has a turnover of 14.5 billion euros a year and employs nearly 53,000 people, according to the Cruise Lines International Association (CLIA).

The CLIA estimates that the damage wrought to the industry by coronavirus-related shutdowns could cost it up to 25.5 billion euros in revenue.