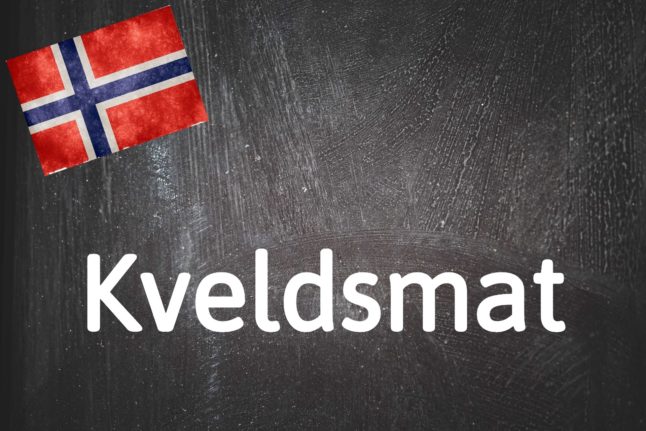 Why do I need to know kveldsmat?

Because it’s a common thing that also says a whole lot about Norwegian culture.

Kveld means ‘evening’ and mat means ‘food’. Put them together and you get kveldsmat, which is food you eat in the evening.

Norwegians eat dinner early, as in 5pm – earlier or later depending on whether or not there are small children in the house – so sometimes they need something small before going to bed. Hence kveldsmat.

It can be translated to ‘evening meal’ or ‘night snack’, but really it is so much more than that. Kveldsmat is a ritual Norwegians learn to cherish at young age.

Kveldsmat generally consists of brødskiver, which is Norwegian for ‘slices of bread’, topped with pålegg (spread). A typical pålegg is cheese, either gulost (yellow cheese) or brunost (brown cheese), or leverpostei (Norwegian type of paté).

And a glass of milk. Classic kveldsmat must have a glass of Norwegian milk.

If you live in Norway, you might have noticed that kveldsmat is basically the exact same meal as what most Norwegians have for both breakfast and lunch.

But Norwegians love brødskiver. Why change a good thing?

Besides, they have perfected the art of making otherwise dull slices of bread look like small pieces of art. Some slices of cucumber, a sliver of red pepper and a dash of pepper go a long way.

But remember that, to Norwegians, a treat is only a treat if you have earned it. Otherwise, it’s just indulgence, and that’s bad.

Kveldsmat is no exception to the rule. Ideally, you should just have come home from a hike an be dripping in sweat, or covered in mosquito bites. Do that first, then come back and report on what that brødskive and glass of milk tasted like. 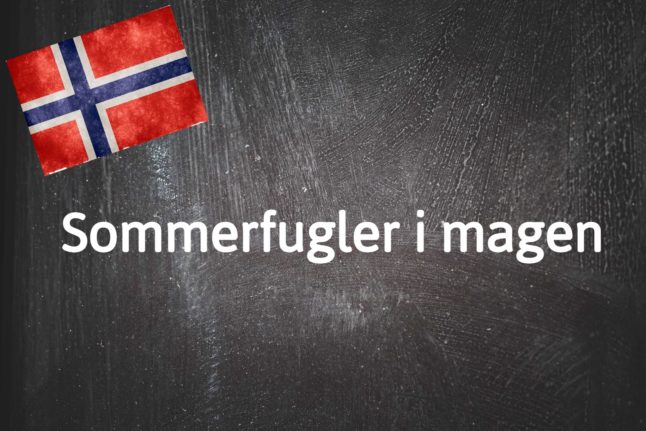 NORWEGIAN WORD OF THE DAY
Norwegian expression of the day: Sommerfugler i magen 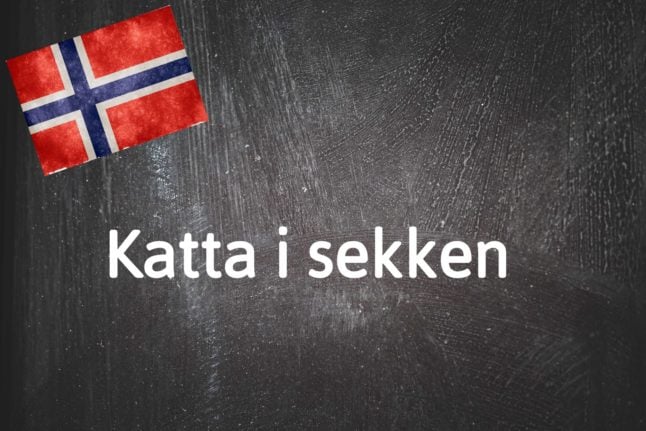 NORWEGIAN WORD OF THE DAY
Norwegian expression of the day: Katta i sekken

Katta i sekken means “cat in the bag”, unlike the English expression where having something in the bag is great, you don’t want to find a cat in your sack, metaphorically speaking.

The expression describes a scenario or situation where you’ve bought something that is different to advertised, underwhelming, or if you’ve been ripped off and paid way more than the item is worth.

It’s used as a verb, for example, Å kjøpe katta i sekken, (To buy a cat in the bag). Also, note that it’s typically the slang katta that’s used rather katt, or katten.

The term dates back to the middle ages, and a possible origin of the phrase is the story of Till Eulenspiegel, where a cat is sewn into a rabbit skin and sold as a hare.

Several languages use the term or have their own version of the expression. However, some languages will refer to a pig in the sack, like Swedish, while others use cats as metaphors for the unwanted item. In English, the closest expression is “A pig in a poke.”

What about ‘letting the cat out of the bag’?

This term can get confusing in its similarity to “letting the cat out of the bag, ” which means revealing a secret. In Norwegian this is: katta er ute av sekken.

You may hear someone say something like Fikk du med deg det Vilde sa? Jeg antar katta er ute av sekken. This means: Did you hear what Vilde said? I guess the cat’s out of the bag.

Therefore, if you hear someone talking about cats in bags, it’s best to pay close attention to ensure you’ve listened to the expression correctly.

(I bought a phone on finn.no. Since it doesn’t work, I bought a cat in the bag). 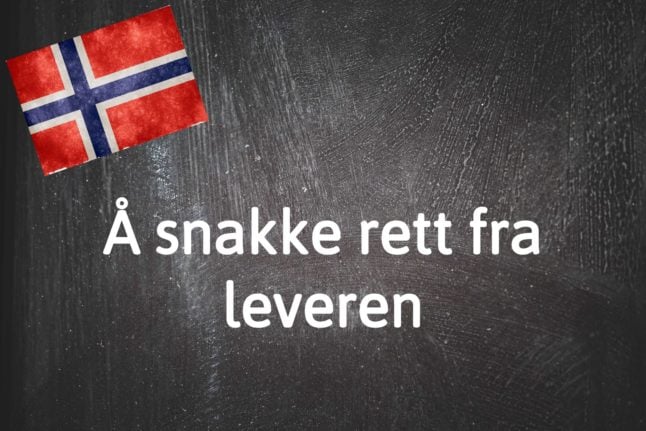 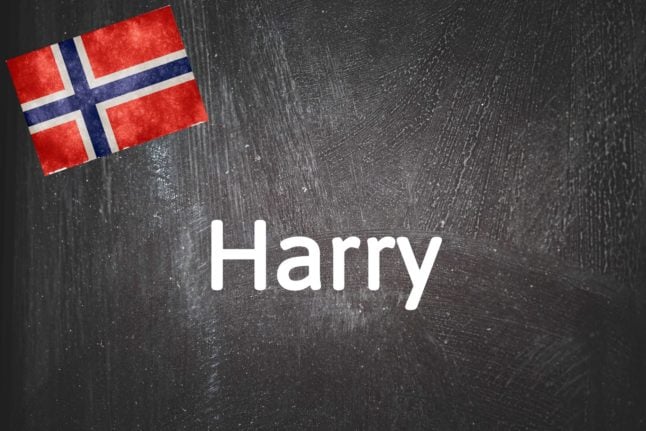