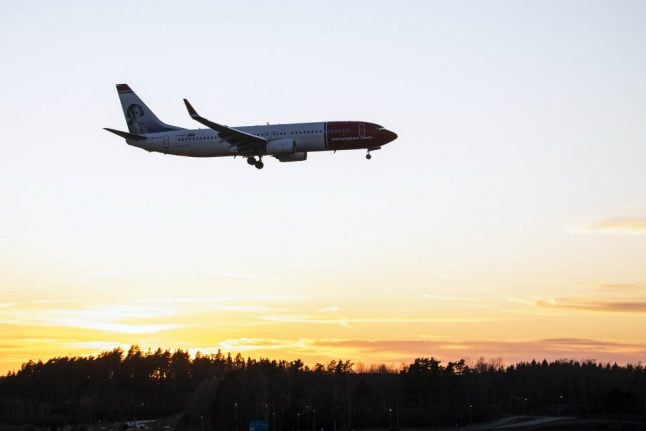 “This crisis is far from over and as we enter the traditionally more difficult winter trading environment it is crucial that the Norwegian aviation industry receive further support if we are going to survive,” chief executive Jacob Schram said in a statement.

Like its rivals, Norwegian has been hard hit by the Covid-19 pandemic which has paralysed the aviation sector since March.

The company — which has struggled for several years after an ambitious expansion programme saddled it with a mountain of debt — used only 25 of its 140 aircraft in the third quarter.

Norwegian posted a loss of more than 1.0 billion kroner (95.7 million euros) during the period, compared to a net profit of almost 1.7 billion kroner a year earlier. That brings its loss for the first nine months of the year to 6.4 billion kroner.

On Monday, Europe's third-biggest no-frills airline received what it called a “slap in the face” when the Norwegian government refused to dish out more financial aid, arguing that it was too risky and potentially anti-competitive.

The government earlier this year granted the company guarantees of three billion kroner.

The company is now bleeding money, with just 3.4 billion kroner in cash after having burned through more than 500 million per month in the third quarter.

Without a resumption of air traffic or a capital injection, its funds will run out in about six months at this rate.

Asked Monday about the risk of bankruptcy, Schram said he could not rule it out.

Among the scenarios envisaged to save Norwegian, media have cited the sale of aircraft or a capital injection from aircraft leasing companies, which became big shareholders in a vast financial restructuring earlier this year.

Also floated is the possibility that Boeing would pay the company damages for the grounding of Norwegian's 18 737 MAX aircraft after two deadly crashes, as well as a takeover by a hedge fund.

In the meantime, the company, which employed more than 10,000 people before the pandemic, announced on Monday that it had furloughed another 1,600 employees, bringing its active staff to 600, with only six of its aircraft due to be in operation soon.