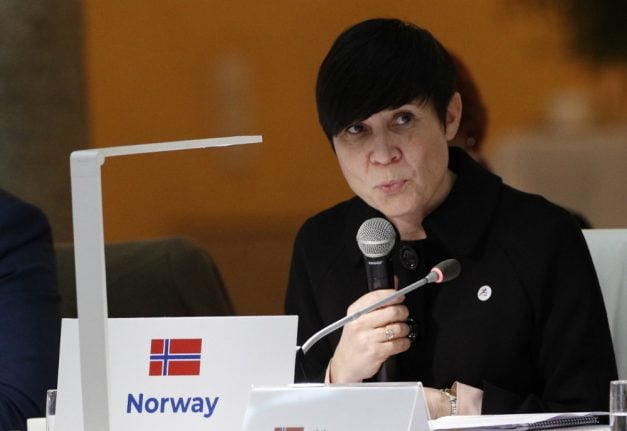 The government has said it has planned for both eventualities: a win for incumbent Donald Trump or challenger Joe Biden.

“Our call to both candidates is to contribute to reconciliation after an election campaign which was very tense and unusual, and influenced by the serious impact of the epidemic on the United States,” foreign minister Ine Eriksen Søreide told NRK.

The minister said she awaits all states to finish counting votes and trusts claims of election fraud will be dealt with democratically.

“We have planned for both outcomes, either a new Trump term or a Biden term. The United States has 200 years of history in having democratic elections. I have confidence that the institutions will ensure this will happen again,” she said.

Guri Melby, leader of the Liberal (Venstre) party, a junior partner in the coalition government, said that America needs politicians who can heal rifts in the country’s society.

“We must hope that we get politicians in the White House and in the Senate who have more of an ability to build bridges and create cooperation,” Melby said to NRK.

Opposition Labour party leader Jonas Gahr Støre, a former foreign minister, said that Biden would be the candidate most beneficial for Norway.

“Trump’s view of international cooperation has been in great contrast to what have traditionally been Norwegian views. We don’t know how he’d see this in a new term. Biden is known from previous times but must also manage a new USA and world. For Norway, it’s important to have as predictable a relationship to the USA as possible,” Støre said.

Audun Lysbakken, leader of the left wing party Socialist Left (SV), called for Norway to distance itself from the United States.

“These years with Trump, and also the outlook for an election in which he is, at any rate, close to re-election, are a clear sign that we must think again in Norway. We can’t be as dependent on the USA as we are today,” Lysbakken said to NRK.

READ ALSO: Norwegian flag taken down in US town after being confused for Confederate banner