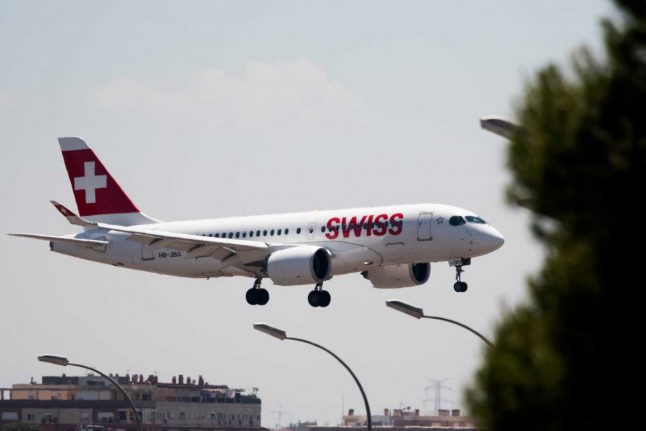 Norwegian authorities announced on Thursday that arrivals from Switzerland will be required to quarantine on arrival for ten days as of Saturday, August 8th.

Infections have risen in Switzerland in recent days, with the numbers approaching 200 per day over the past week for the first time in months.

In addition to adding Switzerland to the lists, quarantines will also be required for arrivals from France, Monaco and the Czech Republic, along with some regions of Sweden.

Belgium and Spain were already on Norway's list of so-called 'red' quarantine-applicable countries.

The quarantine must last for a minimum of ten days.

The mark is well above the Swiss government’s ‘high risk’ classification of 60 per 100,000 – meaning that if Geneva was a separate country, residents would be forced to quarantine upon entering the rest of Switzerland.

On Saturday August 1st, Belgium banned travel to and from Geneva, along with Valais and Vaud, as a result of the rising infections, although Valais and Vaud were removed from the list on Wednesday, August 5th.

READ: Everything you need to know about Switzerland's new quarantine requirement

Nicola Low, epidemiologist at the University of Bern, told Swiss media outlet 20 Minutes “the infection figures refer to an entire country. On average, they are lower in Switzerland than in the countries on the quarantine list.”

“Geneva is currently a hotspot. If Geneva were a country, the FOPH would have to put it on the quarantine list.”

In one of Europe’s wealthiest regions with excellent health care – not to mention the headquarters of the World Health Organisation – how did it get so bad?

Editor's note: a previous version of this article erroneously included Poland in the listed of Norway's 'red' countries. This has been corrected.

The move follows a crippling 15-day pilot strike, also in July, that cost the carrier between $9 and $12 million a day.

The pilots were protesting against salary cuts demanded by management as part of a restructuring plan aimed at ensuring the survival of the company.

SAS said it has entered “into a debtor-in-possession (DIP) financing credit agreement for $700 million with funds managed by Apollo Global Management”.

SAS had filed for Chapter 11 bankruptcy protection in the United States and said the “DIP financing, along with cash generated from the company’s ongoing operations, enables SAS to continue meeting its obligations throughout the chapter 11 process”.

“With this financing, we will have a strong financial position to continue supporting our ongoing operations throughout our voluntary restructuring process in the US,” SAS board chairman Carsten Dilling said.

SAS management announced in February the savings plan to cut costs by 7.5 billion Swedish kronor ($700 million), dubbed “SAS Forward”, which was supplemented in June by a plan to increase capital by nearly one billion euros ($1.04 billion).

Denmark and Sweden are the biggest shareholders with 21.8 percent each.

“We can now focus entirely on accelerating the implementation our SAS FORWARD plan, and to continue our more than 75-year legacy of being the leading airline in Scandinavia.”

SAS employs around 7,000 people, mainly in Denmark, Norway and Sweden. It has suffered a string of losses since the start of the coronavirus pandemic in early 2020.