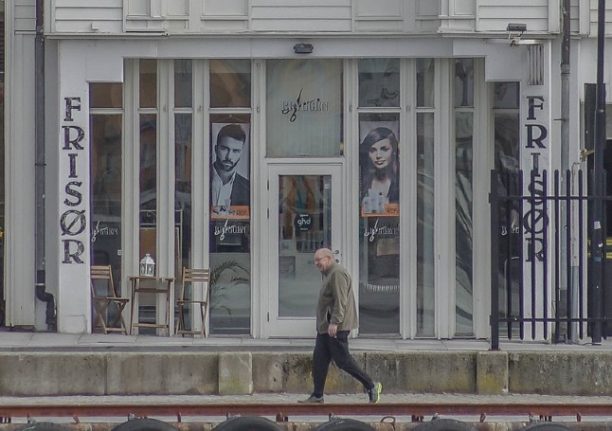 The reopening of hairdressers and other one-on-one services drove much of the recovery. Photo: Trond Strand/Flickr
According to the agency, the 'mainland economy', which excludes the offshore oil industry, grew 2.4 percent from April to May following two months of sharp decline over the period when the country imposed heavy restrictions.
“There was very strong growth in May for some of the businesses that were most affected by the lockdown,” said Pål Sletten, who was responsible for the report.
“At the same time, there were continuing declines in business services, in parts of industry and in services connected to the oil production. That weighed down on the rebound for the mainland economy.”
Norway's economy was hit heavily by the lockdown imposed on March 12, which closed hairdressers, one-on-one health services,  driving schools, and bars which don't serve food, and saw a massive drop in custom to restaurants and shopping centres.
The country also closed schools and asked most people to work from home.
The biggest growth came in culture, entertainment and other services, which saw 50 percent increase in May on the preceding month, although with events for more than 50 people still not allowed, the levels of consumption remained below the level they were at in February.
The was followed by the hotel and restaurant sector which saw 23 percent growth, and healthcare services also saw significant growth of 11.2 percent.
On the downside business services such as accounting saw a 15 percent fall in May, and industry and mining fell 1.2 percent.