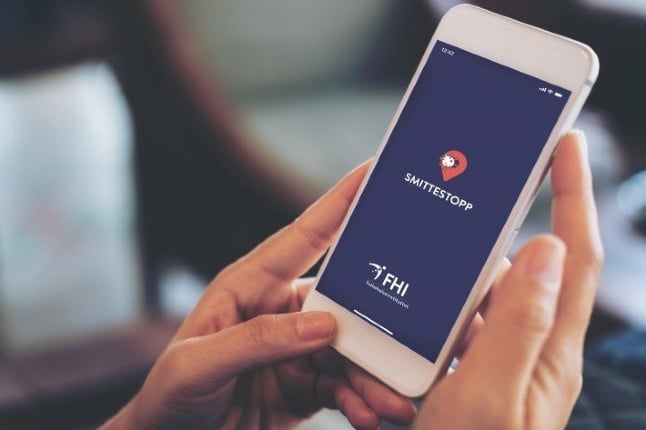 The Smittestopp app has alarmed privacy campaigners. Photo: Mostphotos / Farknot Architect/Norwegian Institute of Public Health
Norway's Data Protection Authority has ordered the country's public health institute to temporarily stop all processing or analysis of personal data collected through its contact tracing app Smittestopp.
The order is the latest blow to hit the app since it which was launched in mid-April, with privacy concerns meaning only 600,000 of the country's 5.4 million inhabitants had downloaded and activated the app by the the time it was suspended last month.
“We are disappointed with this decision. It does not appear that the Data Protection Authority has taken into account the documentation that was sent over after June 1, and we believe we have documented that Smittestopp is a viable measure to prevent and prevent infection,” Gun Peggy Knudsen, assistant director of the Norwegian Institute of Public Health, said in a press release.
“We have already stopped data collection, deleted all personal data and deactivated the app on June 16 as a result of the Data Protection Agency's notification.”
READ ALSO:
The authority's decision makes it less likely that the institute will be able to relaunch the app after the summer, when it was hoping to use it to track and trace any outbreaks of coronavirus.
The app faced a barrage of criticism from data privacy advocates after it was launched, with the human rights group Amnesty International at the start of June lumping it together with the apps launched by Bahrain and Kuwait as among “the most invasive Covid-19 tracking apps in the world”.
“Bahrain, Kuwait and Norway have run roughshod over people’s privacy, with highly invasive surveillance tools which go far beyond what is justified in efforts to tackle COVID-19,” said Claudio Guarnieri, Head of Amnesty International’s Security Lab.
On June 16th, Norway's parliament asked the government to ensure that the app's infection tracking functions are split from a function that gathers information about the pandemic.
“We are now working to follow up the parliament's decision to split the app's functions in two; an analysis section and an infection-tracking section,” Knudsen said.
“We still believe that the infection tracking app will be important in our efforts to track the close contacts of infected people if we experience one or more major outbreaks of coronavirus in Norway, and we will continue to test and improve the app in August,” she said.