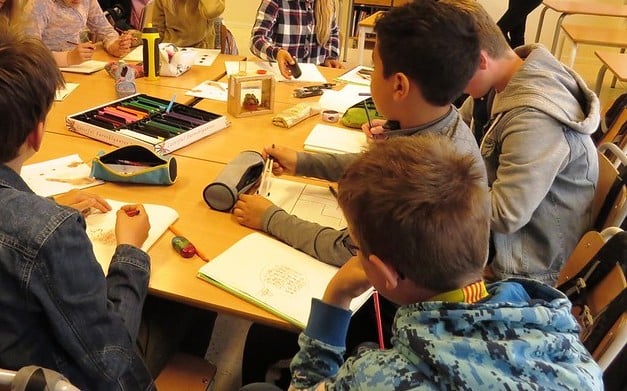 These children are not from Sagdalen school and are only being used as an illustration. Photo: Tor Bollingmo/Flickr
Lillestrøm municipality raised the alert last week after seven people connected to the Sagdalen school tested positive for coronavirus. The number had increased to 22 by this Wednesday, after close contacts of those infected were also tested.
“We have established our own test station in the school area. At the same time, we have sent ongoing information to various groups of parents and guardians at the school,” Bettina Fossberg, the municipality's head doctor, told the VG newspaper.
The school had broken up for the summer holidays but was still looking after children whose parents are working.
Lillestrøm and the neighbouring muncipality of Lorenskog were last week the only two municipalities in Norway to see a rising rate of coronavirus infection, according to an analysis by VG, with the rate of infection rising by more than 150 percent in the preceding two weeks in the former, and 333 percent in the latter.
In Lorenskog, several staff and pupils tested positive at Solheim school.
The summer holiday child care divisions at both schools have been closed.
Fossberg said that the outbreak in Lillestrøm should come as  a warning to people across the country that the pandemic is not yet over.
“I think one thing is our outbreak. But it also shows that now that we have opened up society, and are moving more closely to one another in all areas of life, such outbreaks will happen more easily.”