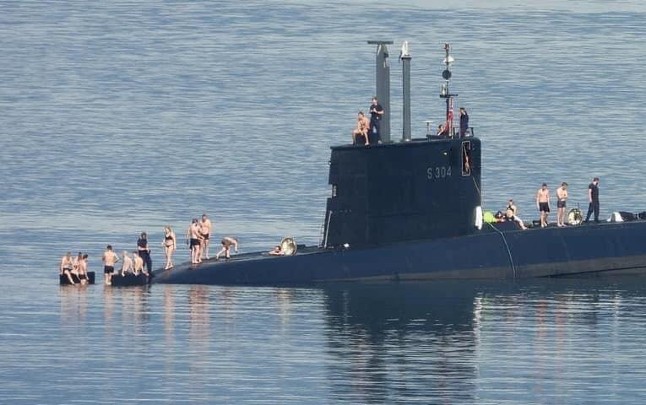 The crew of KNM Uthaug stripped off into bikinis and trunks. Photo: Norwegian Ministry of Defence
With the men in trunks and the women in bikinis, a couple of dozen sailors were photographed diving off the hull of their submarine, the KNM Uthaug, in a fjord in Norway's southwest.
“Our soldiers also need to cool off in the summer heat,” the Norwegian defence ministry said, posting the photo to its Facebook page.
“These guys spend a large part of their lives underwater. This weekend, they took a dive for a well-deserved break, some fresh air, and a cool dip,” it added.
With a fleet of six submarines, Norway is tasked with defending NATO's northern flank, opposite Russia's mighty Northern Fleet.