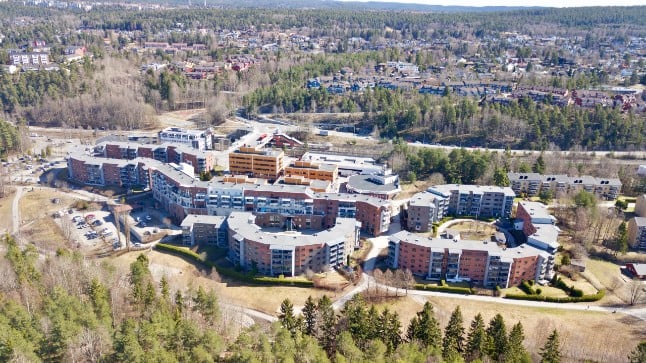 Many of the new cases have been in the Sondre Nordstrand district. Photo: Wikimedia Norway
A total of 81 people in Oslo tested positive for the virus in the week leading up to June 7th, the Norwegian Institute of Public Health said in its weekly report, meaning the city is home no less than three quarters of the 112 new cases across Norway.
Norway's deputy health director Espen Rostrup Nakstad said that it was not surprising if the last month's relaxation in restrictions and changes in people's behaviour had started to show in the number of cases.
“It's difficult to say what the cause of these infections is, that's something that we need to clarify with contact tracing,” he told state broadcaster NRK. “But this is a good example of what happens when you relax more. If you do not stay home when you are sick, and in addition do not keep one meter distance, it will be possible to see it in the statistics.”
The worrying rise in cases came a few days after doctors in the Oslo district of Søndre Nordstrand reported that they had registered 33 new coronavirus cases in the first week of June, more than they saw in the whole of May put together.
“The fact that the numbers of infections is going up is of course worrying, and shows how important it is that we all still follow the infection prevention guidelines,” the district's head doctor, Anne Stine Garnes, told Dagbladet.
She said that the 33 cases had been traced to two separate clusters, based around large families with close social networks.
The Oslo district of Alna has also seen an increase in infections, with 13 in the past week.
Overall, the level of infection in Norway remains low, with just two new patients admitted to hospital last week, up from one in each of the preceding five weeks.