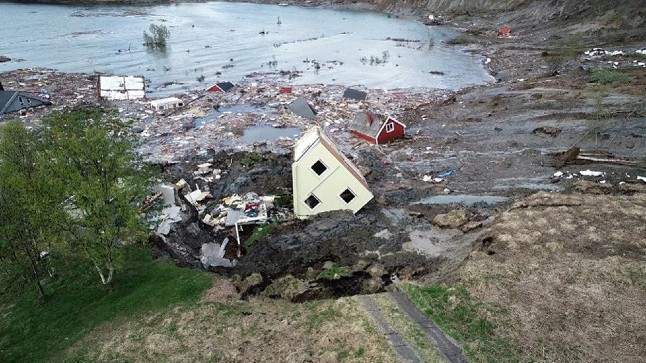 The landslide destroyed several houses. Photo: Anders Bjordal/NVE
So far there are no reports of anyone dying or being injured by the 800m long, 40m high landslide, although a dog appears to have been swept away.
“A dog that was taken by the slide and swept into the sea rescued itself, swam ashore and is alive,” Torfinn Halvari, from the local Finnmark police told Norway's NTB newswire on Wednesday evening.
“We still have on-site crews working to assess landslide security or the danger of new landslides,” he added. “We cannot say with any certainty that no one has been taken by it.”