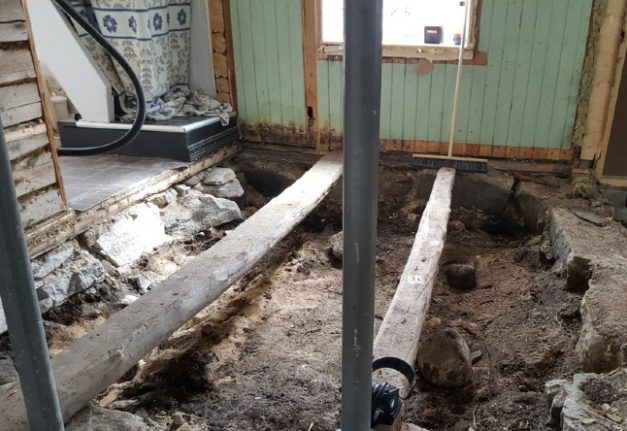 The couple were pulling up the floor to install insulation. Photo: Nordland County Council
“It wasn't until later that we realised what it could be,” Mariann Kristiansen from Seivåg near Bodø told Norway's state broadcaster NRK of the find. “We first thought it was the wheel of a toy car.”
Archaeologist Martinus Hauglid from Nordland county government visited the couple last Monday and judged taht find was most likely a grave from the Iron Age or Viking Age.
“It was found under stones that probably represent a cairn. We found an axe dated from between 950AD and 1050AD and a bead of dark blue glass, also of the late Viking period,” he told The Local.
READ ALSO:
He said he had never heard of a find being made underneath a house.
“I never heard of anything like that and I've been in business for nearly 30 years,” he said. “They did a magificent job, they reported it to use as soon as they got the suspicion that it actually was something old.
“I guess, they will get some reward, that is normal in Norway, that people that find old artefacts get a reward from the state.”
The bead and axe have already been sent to Tromsø Museum, and a team of archeologists were in the couple's house on Tuesday digging further.
Although Kristiansen's great-grandfather built the house in 1914, she said her family had never spoken about a Viking grave. 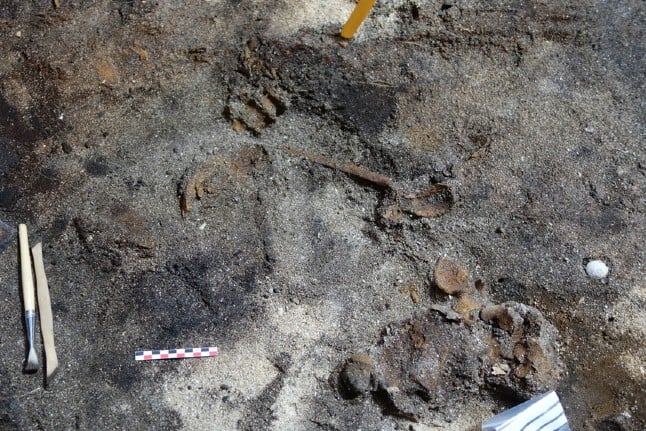