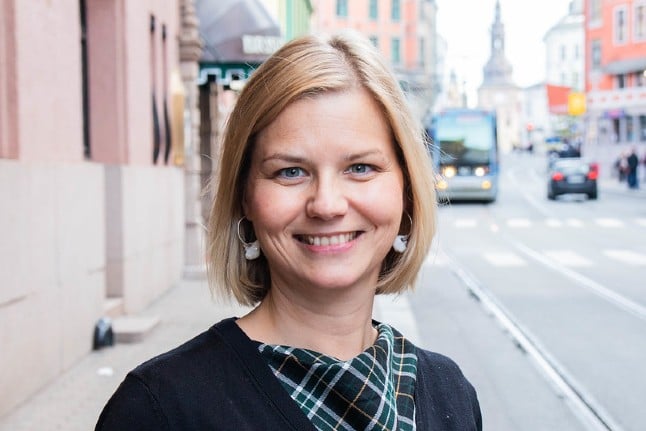 Education Minister Guri Melby said on Sunday that more pupils could return from May 11. Photo: Liberal Party
“When a decision to reopen comes, schools may have a shorter deadline than the first opening,” Norway's education minister Guri Melby wrote in the letter, which was published by VG.
“Therefore, I would urge all head teachers and other teachers to already plan for how to accommodate students at all levels and how you can spend the rest of the school year in the best possible way for everyone.”
In an interview for Aftenposten on Sunday, Melby said that the first students could start to return as early as next Monday.
“It is unclear which students are first in line, but the earliest possible school start is May 11,” she said.
Some 500,000 students in Norway are still being taught at home, even after the reopening of kindergartens and schools for the first four year groups last month.
In her letter to head teachers, Melby said that the government aimed for all children to be back at school before the summer holidays.
“Our goal is for all students to return to school before the summer,” she wrote.
Rita Helgesen, head of the Norwegian Association of Graduate Teachers, told The Local that her members had told the government to prioritise students in their final year of elementary school, and those in their final year of upper secondary school.
“They are going to university, and the others are going into upper secondary, and it's very important that we are able to follow them up for the end of their finishing years,” she said.
She said some of her members had found it difficult to support their most challenging students while teaching remotely through video links and email.
“Pupils with parents that can help them, they manage very well, but we have a lot of pupils who don't get that help at home,” she said.
“Some of them we haven't been able to reach, because they haven't been turning up to classes online, and they haven't been turning in homework, so we are very keen to follow up these pupils.”
While teachers were now eager to return to a set-up where they could better supervise these students, Helgesen said other members felt May 11 might be too early.
“It's very important that it's safe to return, and we have some concerned members who are questioning whether it's safe enough to start next week,” she said. “We need some time to prepare to make it possible.”