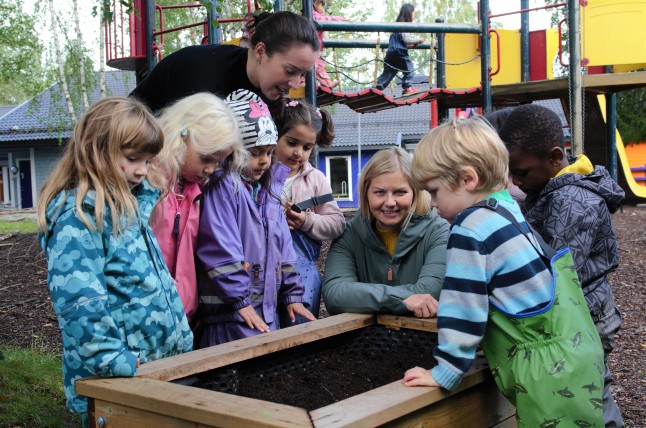 Children being taught about the environment by specialists from the Miljøfyrtårn (Environmental Lighthouse) organisation. Photo: Kanvas Foundation
“There is a big difference between the municipality of Loppa and Oslo. Oslo is the epicentre for the infection. We have areas where the infection is increasing,” Johansen told Norwegian state broadcaster NRK after revealing his decision in an interview with the Aftenposten newspaper.
“Even before we decided to close the schools, parents had chosen to keep the children at home. A reopening must harmonise with the parents feeling it is safe. If not, it will be a very chaotic situation.”
Schools and kindergartens across Norway have been closed since March 13 after a decision by the country's central government.
Prime Minister Erna Solberg and her government are expected to take a decision on whether to reopen schools and kindergartens next Tuesday, with the decision announced on Wednesday.
But Raymond said that Norway's municipal governments have the final say over when to open, with the central government only empowered to give advice.
Inga Marte Thorkildsen, the city councillor in charge of schools, told NRK that she did not believe it was yet safe to reopen so soon after Easter.
“We do not think it is possible to open safely in the first week after Easter,” she said. “This is also for practical reasons, this requires predictability for all parties, she tells NRK.
Marte Gerhardsen, the director of the city's education apartment, has warned that teachers will not be able to handle teaching some students online, and others in the classroom simultaneously.
“It will be very demanding if the teacher has to offer both teaching in the classroom and try instruct those at home, she told NRK.