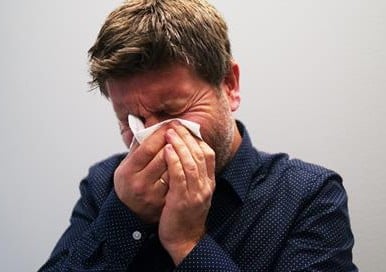 Norway has tested even those with mild symptoms. Photo: Helsedirektoratet/Eline Korsnes Sundal
When Norway confirmed its first case of coronavirus on February 26, the country's National Institute of Public Health immediately began taking actions to dramatically increase the number of coronavirus tests it can carry out.
“Since the outbreak started, there has been a massive expansion of testing capacity,” Didrik Vestrheim, Department Director of Vaccine Preventable Diseases, at the Institute told The Local.
“At the time we had the first case reported in Norway, coronavirus testing was already available at a number of labs at the major hospitals. Our institute then made a recommended PCR diagnostic test, and it was rolled out to diagnostic labs across the country.”
The country has since tested 101,986 people for the virus, or 18,996 per million people. This compares to just 34,388, or 6,140 per million people in neighbouring Denmark, and under 40,000 in Sweden.
Only Iceland and the United Arab Emirates, which have tested a massive 26,772 and 12,738 people per million of population respectively are ahead.
The country's enormous testing capacity may be part of the reason it has been so successful in keeping the virus under control, with just 44 deaths recorded as of Friday.
That's a mortality rate among those who test positive for the virus of less than 0.9 percent, compared to almost 10 percent in Italy.
“I think the explanation may partly be related to the different levels of testing in different countries,” Vestrheim said.
“We are one of the countries that has tested the highest percentage of our population and the assumption would be that the more you test, the more mild cases you will have among the confirmed cases, and more mild cases in the denominator will impact the estimation of the mortality.”
He said that widespread testing may also make it easier to slow the spread of the disease.
“The more you test the more people with mild symptoms you find, and you can also do contact tracing and quarantine around people those mild cases,” he said. Didrik Vestrheim is Department Director of Vaccine Preventable Diseases at the Norwegian Institute of Public Health. Photo: FHI.no
Dag Berild, a medical doctor and Associate Professor at Oslo University Hospital, argued that the low level of antibiotic resistant bacteria in Norwegian hospitals may also have played a role in the country's lower mortality rate.
“The argument for that is that many of the coronavirus pneumonia  cases are complicated by bacterial pneumonia, so if that is the case with coronavirus, then patients in a country with a low resistance rate among bacteria would have a better prognosis than those in Italy, where they have an awful lot of resistant bacteria, particularly in Lombardy.”
Vestrheim said that expanding Norway's testing capacity had not been easy.
“There have been shortages of analytics, for equipment to do the extraction before the PCR testing, for the swabs that you use to take the specimens,” he said. “There's also a huge shortage of protective equipment for health personnel.”
But it had been helped by the fact that the country has more than 20 public testing labs in hospitals around the country, as well as ones run by private providers.
“The health service in Norway is quite decentralised because of the geography, so we have diagnostic labs all across the country and a good collaborative network among the labs,” he said.
This, he said, had made it easy for his institute to roll out the tests rapidly across the country.
“Initially we had this quality control mechanism where all the positive specimens were confirmed here at our institute, but gradually more and more labs have established good quality assurance, and so it's more and more widely available around the country.”