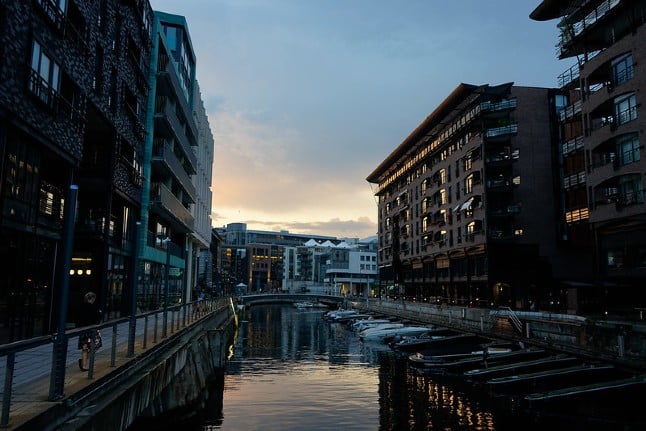 A canalside district in Oslo by night. Photo: Paco Rubio Ordás/Flickr
The man was quarantined for 14 days after he returned to Norway from Sweden on Wednesday March 25.
But that same night he was caught out and about on the streets of Oslo by police. He was then caught out again on Saturday night.
When the police stopped him a third time driving out in his car at 1.20am on Monday morning, they lost patience and arrested him.

“This is the first case I know of in Oslo where an individual has been arrested,” Vidar Pedersen from the Oslo police told the Dagbladet newspaper.
“The sanction was given for breaching quarantine on Wednesday night, Saturday night and Sunday night,” police prosecutor Gina Salvesen told the newspaper.
Police sources said the man was “known” to local officers.