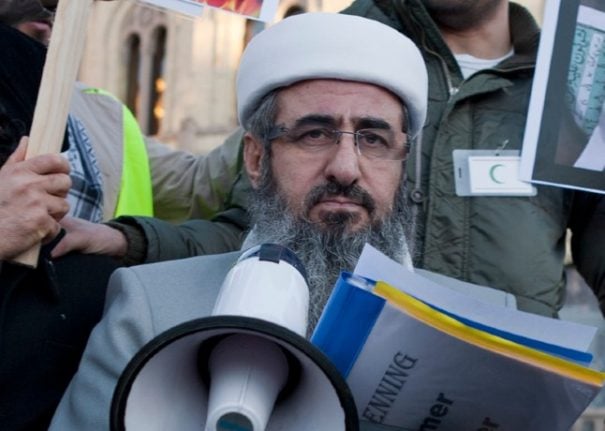 Najumuddin Faraj Ahmad arrived in Norway in 1991 as a refugee. Photo: Frida Tørring/Wikimedia Commons
“Krekar is no longer in Norway. Krekar has today been extradited to Italy,” Norwegian Justice Minister Monica Maeland told a press conference.
The 63-year-old Iraqi Kurd — known as Mullah Krekar, but named Najumuddin Faraj Ahmad — was arrested in July 2019 after he was convicted in his absence by an Italian court and sentenced to 12 years in prison.
The Italian court found him guilty of having led a now dismantled jihadist network, Rawti Shax, a Kurdish movement with alleged links to the Islamic State group and which is suspected of planning attacks in the West.
Krekar arrived in Norway in 1991 as a refugee.
Norway's Supreme Court authorised the extradition in early February, ending Krekar's legal attempts to avoid deportation.
Considered a threat to national security in Norway, Mullah Krekar had been the subject of deportation proceedings since 2003, when Norway first decided to deport him to Iraq.
However, the decision was never implemented, due to concerns that he might suffer torture and face the death penalty there.
The deportation to Italy comes at a time when that country is the hardest hit in the world by the new coronavirus pandemic, with more than 7,500 deaths.
“We have been given assurances that he will receive the help he should have and needs,” Maeland told the press conference when asked whether Krekar risked contracting the potentially deadly COVID-19.
Krekar's lawyer, Brynjar Meling, told AFP the extradition marked “a day of shame” for the Norwegian authorities and constituted a “denial of justice”.
According to Meling, Krekar is particularly at risk because he suffers from diabetes and high blood pressure.
Krekar, who founded the radical Islamist group Ansar al-Islam, is designated a terrorist by the UN and the US and has spent several years in Norwegian prisons for issuing threats and calling for murder.