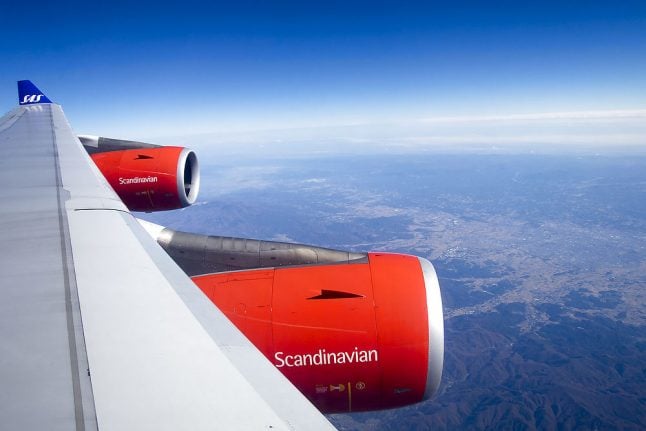 This is not the first time that a debate over what is truly Scandinavian has sparked debate in the Nordics. Photo: Vibeke Toft/Ritzau Scanpix

The commercial for airline SAS, which proclaims to bust myths over a number of preconceptions as to what is 'truly' Danish, Swedish or Norwegian, was pulled on Wednesday after a backlash from social media users and suspicions of a coordinated cyber attack against the company.

After asking “What is truly Scandinavian?”, the video's narrator goes on to say the answer to that question is “absolutely nothing”.

The moral of the story, according to SAS, is that everything is inspired by other cultures, hence the importance of travel and bringing back things you like.

The video was subject to a pummelling from commenters on SAS' Facebook page.

“What made a Scandinavian airline think pissing and spitting on Scandinavia and all Scandinavians was a good idea,” one Facebook commenter seethed, according to Danish news agency Ritzau's report.

This is far from the first time that a debate over 'what is Scandinavian' has riled sensitivities in the Nordics, and the outrage is more than a little tired – which many Scandinavians did also point out.

In 2018, Swedes expressed light-hearted shock at the revelation meatballs might have originated in Turkey (which is also referenced in the SAS commercial). They were later said to probably be Swedish after all.

More seriously, every year a story of a school “banning” Lucia celebrations goes viral in Sweden, with accompanying debate about multiculturalism. The uproar is invariably the result of a misunderstanding or simply waning interest in celebrating Lucia.

Denmark has seen more than its fair share of unpleasant discussion of what and who is actually Danish or Scandinavian.

Four years ago, an advertising campaign from the right-wing, anti-immigration Danish People's Party (DF) was the talk of the nation amid criticism for everything from poor Photoshop skills to a white-washing of the Danish population.

Subsequently, senior DF politician Søren Espersen decided to fight back against critics of the campaign who accused the party of a barely-hidden racist message with its photo of an all-white family and the phrase: ''Our Denmark – there is so much we need to take care of”. But he did so using a racially-loaded term.

Espersen's erstwhile parliamentary colleague Martin Henriksen was in 2016 broadly criticized after telling a high school student during a television debate that he was “not necessarily Danish”.

The student, who has Iranian heritage, was born, raised and went to school in Denmark and is a native speaker of Danish. Henriksen subsequently elaborated by saying “there are some basic things that define the Danes: our language, our culture, our traditions, and that you participate in Danish society”.

Unsurprisingly, Espersen was one of the first to express outrage at the new SAS commercial.

“I think SAS is spitting on everything is truly Danish, truly Swedish and truly Norwegian. And they did it knowing full well it would be embarrassing for us,” the DF spokesperson fumed to Ekstra Bladet.

SAS' video is no longer available on the company's Facebook and YouTube pages at the time of writing. Ritzau notes that it garnered over half a million views on the former social media before being hooked.

In a statement on its website, SAS said that the video was removed because of a suspected coordinated attack on the airline's social media channels.

“When analyzing the pattern and volume of reactions we have reason to suspect an online attack and that the campaign has been hijacked. We do not want to risk being a platform for views that we do not share. We have therefore temporarily removed the film from our channels and we are currently evaluating the next step,” the company wrote.

“We at SAS are proud of our Scandinavian heritage and the values which characterize our open, equal and democratic society,” the company also said in a written comment reported by Ritzau.

The airline later stated that it would re-release a “shorter and clearer” version of the video and said that the message of the campaign had been misunderstood. Here's the new version: