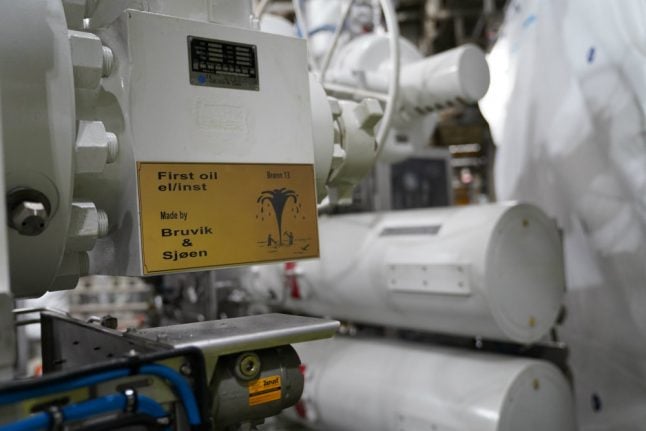 Minister of Petroleum and Energy Tina Bru said in an interview with public service broadcaster NRK that, although she wants the ruling Conservative party to be greener, the debate on a deadline for oil and gas production is irrelevant.

Bru, who has also been named by Prime Minister Erna Solberg as the co-deputy leader of the Conservatives, is considered within the party to be one of its ‘green profiles’, NRK writes.

“I am very concerned with achieving our climate goals. I think this must permeate all politics. It's not just about the climate and the environment, but about how we arrange society as a whole,” Bru said on the Politisk kvarter programme.

The minister is against proposals to protect the Lofoten and Vesterålen regions from oil drilling, reintroducing a framework for wind power expansion and setting an end date for oil drilling.

She herself previously espoused a target of zero greenhouse gas emissions from the Norwegian offshore oil industry by 2035, but now says agrees with the industry's own goal for 2050.

Green policies are not solely about setting an end date for Norwegian oil and gas, the petroleum minister argued, citing the transport and energy sectors and food waste as important elements of climate targets.

“If we set an end date for Norwegian oil and gas now, it would not help us along the way to reaching our goals. Emissions must go down, but this is done in partnership with Europe,” the minister said.

“That we have this debate to such an extent that it dominates just about all climate debates, I honestly think is a form of derailment. It's almost an irrelevant debate, she told NRK.

“It won't help if Norway discontinues production. It would just move to other countries, and then we are no further. This is a complex global problem that requires many solutions. So I honestly think we spend too much time on this debate here in Norway,” Bru said.

Dietary changes and emissions-free traffic are among the measures experts propose to halve emissions by 2030.