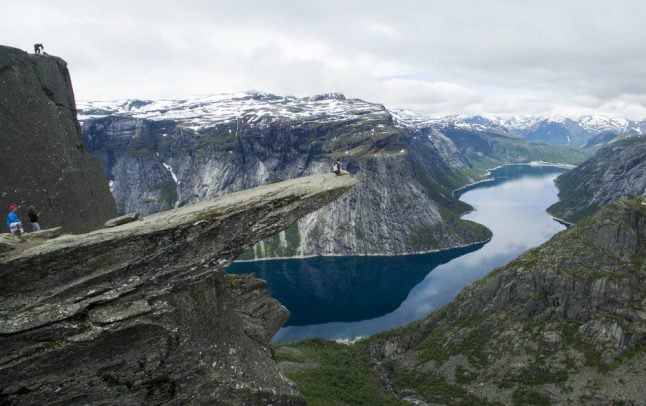 Parliament on Tuesday began discussions over a potential proposal for a tax on tourists, national broadcaster NRK reports.

The opening of a hearing round into a potential proposal represents the second time parliament has discussed the idea in the last two years, NRK writes.

Although the motion was unsuccessful on the previous occasion, opposition parties including Labour and the Centre Party have now changed their stance on the issue, according to the broadcaster.

Meanwhile, the Christian Democrats appear to be wavering and the governing Conservatives are willing to discuss a local visitor fee in areas where there are many tourists.

“We need this to be resolved. There are currently a number of tourist destinations in Norway that are suffering wear and tear. We can’t take all the responsibility for what mass tourism imposes on us,” Jan Ove Tryggestad, a Centre Party mayor in the municipality of Stranda, told NRK.

Innovation Norway, the government's instrument for development of Norwegian industry, has singled out Bergen, Stavanger, Ålesund, Stranda (Geiranger), Lofoten, Aurland, Stryn and Longyearbyen as high-impact areas for tourism during the peak season.

A survey of residents in those areas found that 65 per cent want a tourist tax, NRK reports. The survey was conducted by Innovation Norway in late 2019.

“Tourist-tax is a word with which many prejudices are attached. We would therefore like to call it mutual fundraising [Norwegian: fellesgodefinansiering, ed.]. What is crucial is that the money is used purposefully to make travel destinations more environmentally friendly and attractive year-round,” Tryggestad told the broadcaster.

A number of methods could be implemented to collect tourist taxes, the local mayor said.

“It could be mobile payments, toll stations or charges on goods you buy. It is not the collection method that is important, but that the money is actually spent on the places where it is collected,” he said.

‘Tourist tax’ is defined in government documentation from 2016-17 as an additional charge added to the visitor's expenses at hotels, camping or at other tourist activities.

Although tourism operators and municipalities have advocated for the introduction of the tax to finance toilets, waste management, parking and other types of tourist infrastructure, the Confederation of Norwegian Enterprise (Næringslivets Hovedorganisasjon, NHO) has opposed the idea, arguing that Norway is already expensive enough for tourists.

But a motion tabled by five members of parliament from the Socialist Left Party (SV) in December proposed that the government consider different models for tourist tax and return to the matter in the state budget for next year. That process is now underway.

NHO’s tourism section has made it clear in its response to the hearing stage of the proposal that it does not want a tourist tax.

“We believe it would be an expensive and unnecessary element of Norwegian tourism that will not solve the small challenges that are found in a few locations in the country,” NHO Tourism’s business policy specialist Ole Michael Bjørndal told NRK.

“Tourist tax is not very accurate. Norway is perhaps the most expensive country in Europe to visit. We are also remote and people spend a lot of money to come here. It would not be wise to make it even more expensive,” he also said.

In this regard, he called for clearer regulations on the number of cruise ships visiting Norwegian ports.

“A tourist tax would impact the hotel industry, and that's not where the problem lies,” he said.