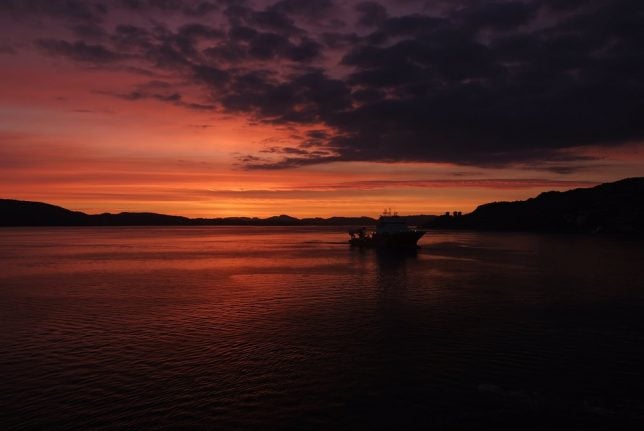 The kaleidoscopic sunrises and sunsets recently witnessed in southern and eastern Norway are a result of rays from a low sun hitting atmospheric particles and ice crystals, making the red part of the visible light spectrum prominent, meteorologist Bente Marie Wahl of the Norwegian Meteorological Institute explained to broadcaster NRK.

“This is related to refraction of light from the sun's rays that hit particles in the atmosphere. That could be raindrops, ice crystals or other types of particles such as pollution,” Wahl said.

A low sun causes most of the visible light spectrum to fade away, but the red colour remains.

Normally, blue is the colour that spreads most in the atmosphere, which is why we usually see the sky as blue.

“Red is the colour that is spread the least. When the sun is low, the sun's rays get farther through the atmosphere and because the red breaks the least, that part of the light is visible to us,” Wahl said.

But the prominence of red in southern Norwegian January sunsets is not always a good sign.

“It is not necessarily positive that we have such beautiful colours in the sky,” Wahl told NRK.

Pollution in the atmosphere can be one of the reasons for colourful sunrises and sunsets, the meteorologist said.

“But I don't think that was the main reason yesterday, it was probably mainly ice crystals and drops of water in the atmosphere,” she noted.

Various other factors are also involved in the atmospheric conditions that can give the sky different colour combinations.

Thin clouds high in the sky reflect most of the light from the sun, making the clouds look white.

Dark clouds are often heavy and dark because there is little light from the sun passing through the cloud. These clouds may look blue in winter, because snow reflects light up to the clouds.

“It is not uncommon for us to have beautiful colours in the sky at this time of year. We often see it in the evening or in the morning, when the sun is low and we have thin clouds in the sky,” Wahl said.