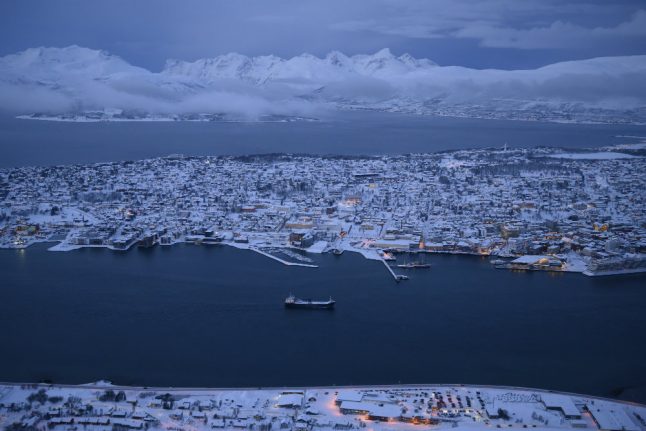 A file photo showing the city of Tromsø. Photo: AFP

The mother and two of the children subsequently died after being pulled from the waters, while the youngest daughter is still undergoing intensive care at Rikshospitalet in Oslo.

Broadcaster NRK reports that over 1,500 people came to Stortorget in Tromsø to show their support.

“This is a sad and heartbreaking tragedy which has shaken us in Tromsø and all of Norway. It is a tragedy that has become bigger by the day. We send our deepest condolences to the family and relatives,” Idris Mohammed, a friend of the family who spoke at the memorial, said in his speech.

Tromsø mayor Gunnar Wilhelmsen said he was grateful to the many people who attended the event.

“I appreciate the city's people showing that they care. It says something about the generosity in the municipality when so many come and want to take part in the grief,” Wilhelmsen told NRK.

Øyvind Bakkeby Moe, a local resident at the memorial event, also spoke to the broadcaster.

“I felt the need to gather together and show that this means something to the whole community. We are all affected by it. We live in a small town and have to take care of absolutely everyone,” Moe told NRK before the event started on Sunday afternoon.

READ ALSO: Woman and children found in sea in tragedy off Tromsø coast