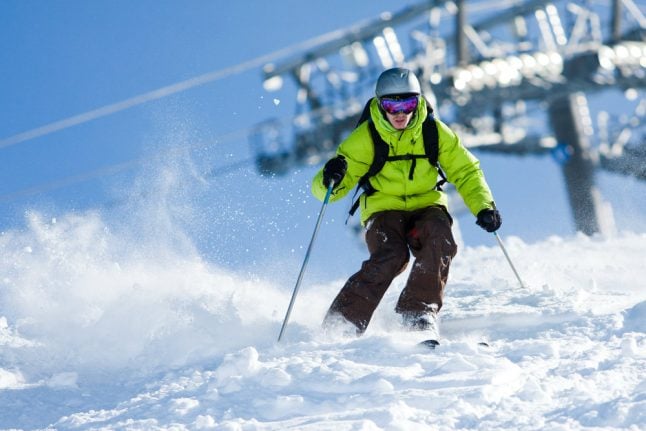 The airport, also referred to as Sälen Trysil Airport, is currently under construction in Dalarna, Sweden, close to the Norwegian border.

It will be located a nine-minute drive from the nearest ski resort at Hundfjället/Tandådalen, media Scandinavian Traveller reports.

Although that resort is in Sweden, the airport is also a short distance from Trysil, Norway’s biggest ski resort which runs close to the inter-Scandinavian border.

The airport is scheduled to open in December, with three international routes operated by SAS – from London, Copenhagen and Aalborg – immediately commencing departures to Sälen.

“It is the international market which will give the area is biggest growth potential. That’s why this is the perfect place for an airport and it’s perfect that SAS is flying directly from Europe,” Scandinavian Mountains Airport CEO Gunnar Lenman told Scandinavian Traveller.

The airport is the first new airport to be built in Sweden in over 20 years.

“We’re selling time. One thing we’ve focused most on is getting onto the slopes as quickly as possible,” Lenman said.

The airport’s small size could help achieve the aim of getting visitors on busses to their resorts 15 minutes after landing, he added.

Operational measures such as use of electric vehicles on the site, local building materials and district heating in the airport building have been incorporated in an effort to minimize environmental impact, Scandinavian Traveller writes.

“This will be a growth which will benefit the entire region. Increased tax revenues and more relocation to the area will create a better framework for functional welfare,” Anders Bjernulf of Destination Sälenfjällen told the media.

A total of 33 large and small private, regional companies are behind the new airport development.

READ ALSO: 25 percent of Norwegians cut out flying due to climate concerns