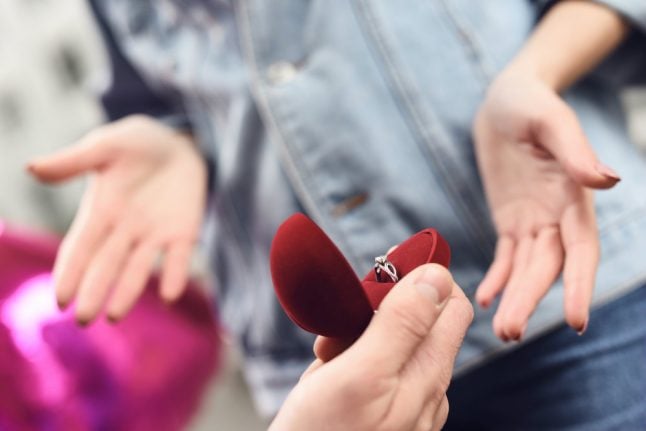 A patrol car was dispatched to respond to the suspected fight, but officers found a rather more pleasant situation on arrival

A concerned neighbour contacted police at 1:17am and then let police into the building.

“The neighbour raised an alarm over what sounded like a loud fight coming from the apartment,” Oslo senior police officer Line Skott told VG.

“The neighbour also said she heard a woman scream and some thumping on the floor by a man,” Skott continued.

The patrol was let into the apartment by the happy couple.

“When the door was opened, the patrol was quite surprised to find a proposal had taken place. That’s why there was a lively atmosphere,” Skott explained.

In a tweet, Oslo Police wrote it had responded to reports of “loud arguing and a woman screaming”.

“It turned out to be a proposal. No arguing, just celebrations. The answer was yes!”, police wrote.