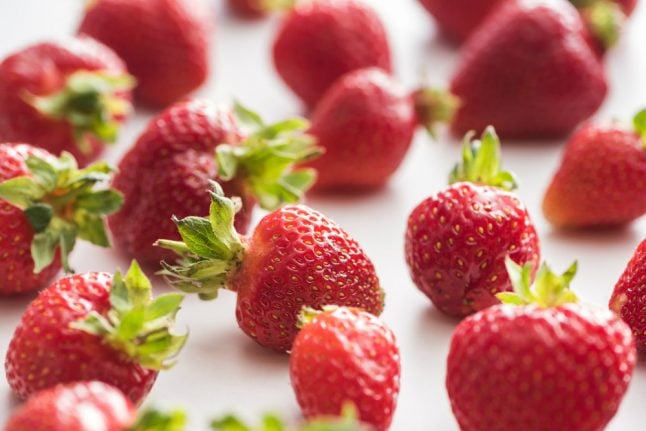 The robot was recently displayed at the Norwegian University of Life Sciences and reported on by broadcaster NRK.

It could change the way fruit farmers in the Scandinavian country harvest their produce, according to the report.

“It doesn’t take a lunch break, or any breaks for that matter. It would obviously be of interest to have a strawberry picker that would reduce costs,” one such producer, Simen Myhrene, told NRK.

Improved production efficiency could also enable Norwegian strawberries to compete with imported ones, he also said.

The machine was developed by Noronn, a company founded in order to develop the robot.

“We’ve been visited by strawberry farmers from many countries to see this solution, which we think is a world leader. It’s artificial intelligence: it picks what we tell it to pick,” Asting said.

The robot is be programmed to only pluck ripe berries, but can also sort them by size.

A lack of available labour also makes the technology attractive for producers, according to Myhrene.

“It can be difficult to get hold of enough pickers. In some countries, a lot of the harvest is left hanging because there aren’t enough pickers,” he said.

The Norwegian University of Life Sciences was given a research grant of almost 5 million kroner by the Research Council of Norway (Forskningsrådet) in order to commercialize the technology, NRK reports.