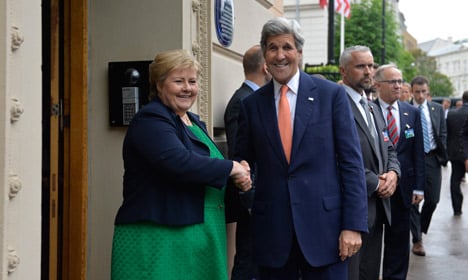 Kerry's visit to Norway included a working lunch with PM Erna Solberg. Photo: Fredrik Varfjell / NTB scanpix / POOL
“Russia needs to understand that our patience is not infinite, in fact it is very limited with whether or not Assad is going to be held accountable,” Kerry said during his visit to Norway, where he will attend the Oslo Forum.
“We also are prepared to hold accountable members of the opposition” who have been involved in continuing violence, he said after a meeting with his Iranian counterpart Mohammad Javad Zarif, whose mere presence at the Oslo Forum peace conference was slammed by Israel.
Peace talks aimed at ending the five-year conflict have stalled and Damascus has stepped up its military campaign against the Islamic State group and rebels in the second city of Aleppo.
“It is very clear that the cessation of hostilities is frayed and at risk and that it is critical for a genuine cessation to be put in place. We know that, we have no illusion,” Kerry said.
“This is a critical moment and we are working very. very hard to see if we can in the next week or two come to an agreement that has a capacity to more fully implement a ceasefire across the country and deliver humanitarian access in a way that then provides for a genuine opportunity to bring people to the table and start talking about a transition.”
Syria's war has killed more than 280,000 people and displaced millions since it started with the brutal repression of anti-government protests in March 2011.
Following his time in Oslo, Kerry will visit Denmark and Greenland. 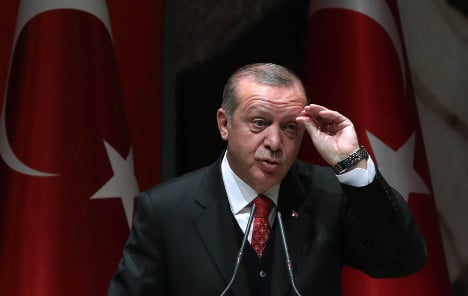 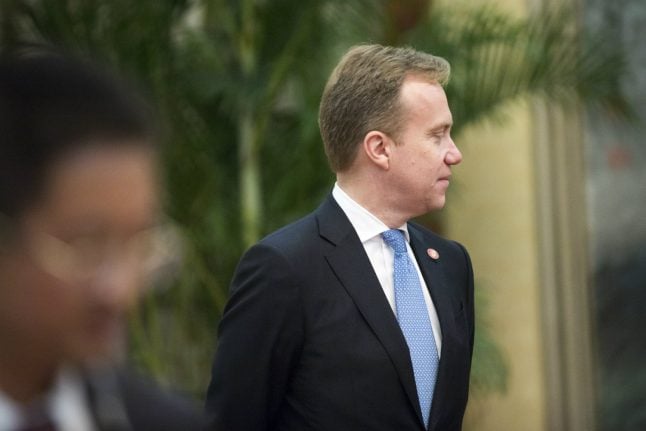