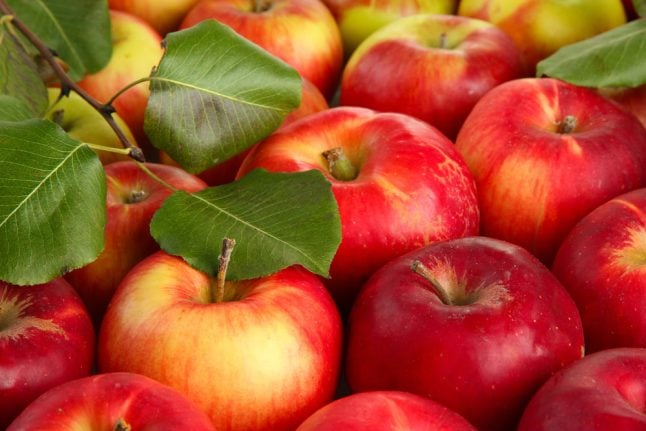 Orchards in the western area of Hardanger told the broadcaster that this year’s apple season had been unusually short and intense, with a much shorter window than usual for harvesting.

Large quantities of apples are now ready for transport to distributors and trees have been cleared of fruit, according to the report.

“It has been a good season. The quality is also good. We can see that in both the colour and taste (of the apples),” Olav Velken, a fruit farmer from the Ullensvang municipality, told NRK.

A fruit distributor in the area, Hardanger Fjordfrukt, has received 1,600 tonnes of apples in four weeks – an amount that rolled over the course of seven weeks last year, the broadcaster writes.

The volume of apples is reported to have caused logistical issues, with a shortage of space and storage boxes.

This year’s apple season actually began slowly, with cold spring weather. But a warm, dry summer with record temperatures in Western Norway was followed by a wet autumn, bringing about a huge apple harvest.

Apple production is an area that could be affected by climate change, Geir Ottar Fagerlid, a meteorologist with the Norwegian Meteorological Institute, told NRK.

“The long-term trend is that it’s getting warmer, and a warmer climate is, in isolation, good for agriculture as the growing season is extended,” Fagerlid said.

“At the same time, new problems can turn up, like insects and pests as well as heavy thunderstorms and downpours, which can ruin crops,” he added.