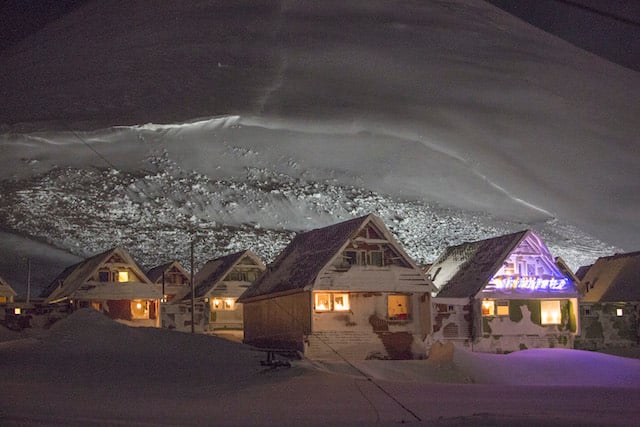 Popov, 29, went to the Arctic town of Longyearbyen to kill himself, but when that did not work out, tried to call attention to his plight by robbing a bank, getting arrested and thus ensuring he would not return to Russia, a court document explained.

It did not say why he wanted to avoid going back.

Popov snatched 70,000 kroner (7,150 euros, $8,000) from the only bank in the mining town of around 2,000 people but given that it lies on the remote island of Svalbard with the airport essentially the only way out, his chances of getting away were slim.

Svalbard is famous for its glaciers and polar bears which outnumber the residents. Longyearbyen has fewer than 3,000 inhabitants and practically everyone knows each other.

The Russian had read on the internet that it was easy to obtain a firearm on Svalbard, about 1,000 kilometres (600 miles) from the North Pole, owing to the large population of polar bears there.

It was the first time anyone could remember the bank being robbed, and criminality in general is extremely rare on the island, which is about twice the size of Belgium and where temperatures in winter regularly plunge to below minus 20 degrees Celsius (minus 4 Fahrenheit) and can drop below minus 40.