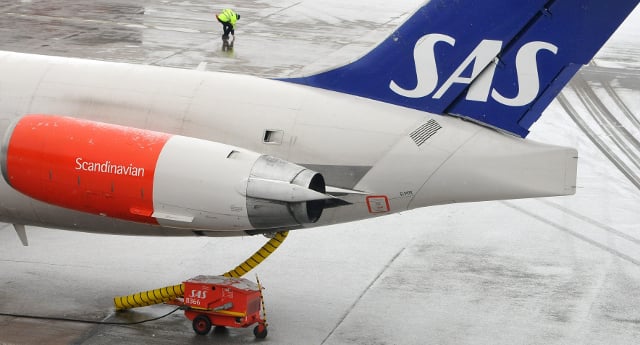 Hundreds of thousands of passengers have been affected by the strike, which started when 1,409 Swedish, Danish and Norwegian SAS pilots walked out on Friday in a dispute over salaries and working hours.

Around 550 departures were cancelled on Tuesday, and another 504 departures across Scandinavia on Wednesday. More than 326,000 passengers have been affected so far.

Customers who have booked flights scheduled to depart before and including May 5th are currently being offered the chance to cancel or rebook their ticket for free.

On Tuesday afternoon SAS announced that 930 cabin crew employees would be temporarily laid off in Norway from May 1st as a result of the pilot strike. The layoffs do not affect members of the Swedish and Danish trade unions due to different labour market rules, reports Norwegian newspaper VG.

Watch The Local's video to learn more about your rights as a passenger:

SAS CEO Richard Gustafson vowed in a video message released on Friday to “do everything in our power to end the conflict as soon as possible”.

However, talks have yet to resume after negotiations broke down late on Thursday, and there has been little indication that either the employer or the trade union is prepared to budge.

“We are in constant contact with the parties, but there are no negotiations scheduled today. Things can of course change quickly, but at the moment nothing is booked in,” mediator Jan Sjölin told Swedish news agency TT on Tuesday morning.

Swedish, Danish and Norwegian pilots are asking for what would effectively amount to a raise of 13 percent according to the employer, which has refused to offer more than 2.3 percent. But the union says that the key issues are in fact working hours and scheduling.

SAS has implemented repeated savings programmes in recent years to improve its profitability, after almost going bankrupt in 2012. In the first quarter of 2019, the airline widened its losses, impacted by negative exchange effects and high fuel prices. It posted a net loss of 469 million Swedish kronor, compared to 249 million kronor a year earlier.

Although the carrier forecast a full-year profit, Danish bank Sydbank on Friday predicted the strike would cost SAS 60 to 80 million kronor ($6 million to $8 million) per day.

Do you have any questions about the strike or any ideas for how The Local should cover it? Please don't hesitate to email us at [email protected].