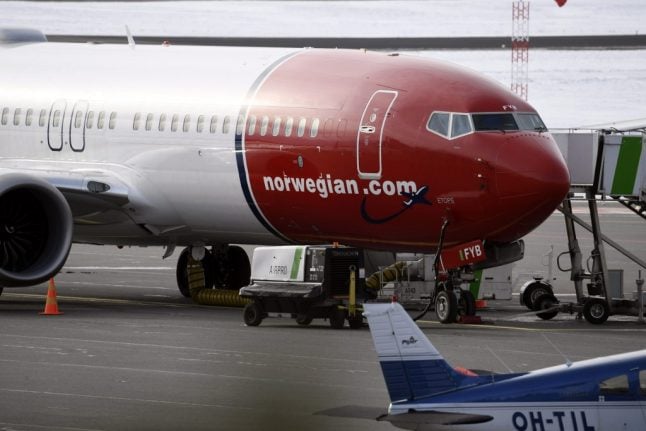 Troubled low-cost airline Norwegian said Thursday its net losses deepened in the first quarter of the year as the grounding of its Boeing 737 MAX 8 aircraft could cost it $58 million.

The net loss swelled to 1.48 billion kroner ($171 million, 154 million euros) from 46 million kroner in the same period last year, when it booked an exceptional capital gain.

The winter period is traditionally slower for airlines, especially so this year as the Easter holiday fell in April.

But Norwegian managed to improve its operating performance, reducing its operating losses to 1.46 billion kroner from 2.23 billion last year.

Sales were up 14 percent at nearly eight billion kroner.

Norwegian was forced to raise more than $300 million in a share issue early this year to shore up its finances and embarked on a vast cost-cutting programme.

The airline, which had pursued an aggressive growth strategy, has shifted its focus to profitability.

Norwegian placed huge orders for the latest fuel-efficient aircraft in a bid to gain a cost advantage over legacy carriers, but has now agreed with Airbus and Boeing to delay delivery of some planes.

It said Wednesday the delayed deliveries will allow it to cut planned investments by $2.1 billion this year.

Norwegian's fleet management strategy has been complicated by the disaster surrounding the 737 MAX 8 aircraft, which have been grounded following two deadly crashes for different airlines in recent months that pointed to problems in its anti-stall system.

On Thursday, Norwegian said it now expects the cost of grounding its 18 planes to hit 500 million kroner, a bill which it expects Boeing to pay.

“We have had some productive meetings with Boeing where we have discussed how we can manoeuver through the difficulties the MAX situation is causing Norwegian,” chief executive Bjorn Kjos said in a statement.

Norwegian shares rose 3.8 percent in morning trading in Oslo, where the market was down 0.5 percent overall.