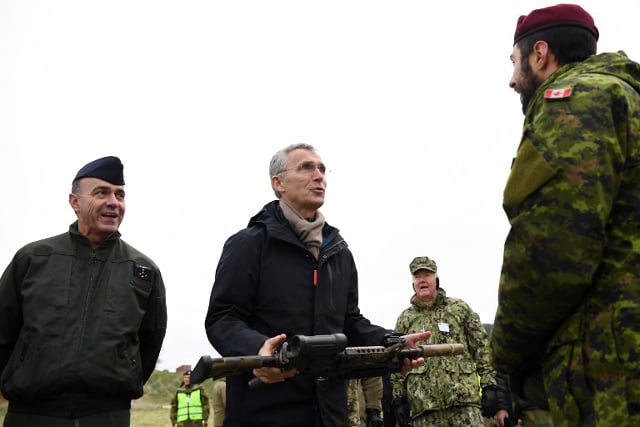 “We were notified last week about the planned Russian missile tests outside the coast here,” Nato secretary-general Jens Stoltenberg told reporters in western Norway where the Trident Juncture 18 exercises are taking place.

“I expect Russia to behave in a professional way,” he said.

“We will of course monitor closely what Russia does but they operate in international waters and they have notified us in the normal way,” he added.

Russia sent a NOTAM (Notice to Airmen) to inform them of the missile tests on November 1st-3rd in the Norwegian Sea, said Avinor, the public operator of most civil airports in Norway.

The indicated zone covers part of the area where Trident Juncture is taking place from October 25th to November 7th, in which some 50,000 troops, 65 ships and 250 aircraft from 31 countries are participating.

The manoeuvres, taking place several hundred kilometres from Norway's border with Russia in the far north, are aimed at training the Atlantic Alliance to defend a member state after an aggression.

The missile tests “will not change the plan of our exercise”, Stoltenberg said.

An Avinor spokesman, Erik Lodding, said this type of notification in the middle of an exercise zone was “not very common” to his knowledge, but added “there is nothing dramatic” about it.

“It's the normal procedure,” he told AFP.