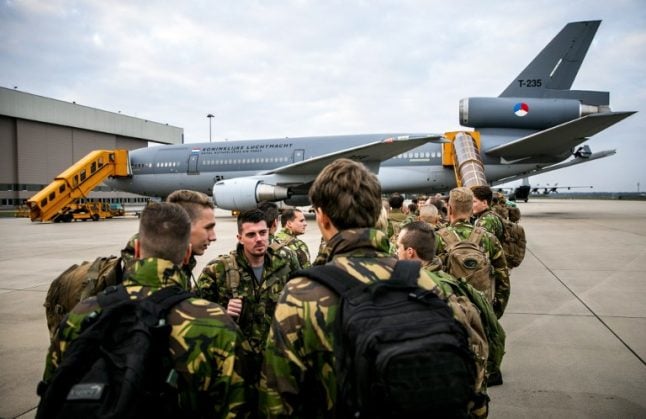 Around 50,000 troops from 31 countries — Nato's 29 member states plus Sweden and Finland — will take part in the manoeuvres organised in central Norway for the land exercises, in the North Atlantic and the Baltic Sea for the maritime operations, and in Norwegian, Swedish and Finnish airspace.

That is about 10,000 more soldiers than in the Strong Resolve exercises in Poland in 2002, which brought together Alliance members and 11 partner states.

No fewer than 10,000 vehicles will take part in the manoeuvres. Lined up end-to-end, the queue would measure 92 kilometres (57 miles), according to the Norwegian army.

Some 250 aircraft and 60 ships will also be involved, including the nuclear-powered aircraft carrier USS Harry S. Truman.

The top five contributing nations are the United States, Germany, Norway, Britain and Sweden, in that order.

Housing, feeding and supporting so many troops requires considerable logistics.

The Norwegian army has installed 35,000 extra beds. Some 1.8 million meals and 4.6 million bottles of water will be handed out, and almost 676 tonnes of dirty laundry will have to be washed.

Proving that it's not always easy to be fully prepared, the Dutch army forgot to buy warm clothing for its 1,000 soldiers taking part in the exercises, Dutch newspaper De Telegraaf reported.

When it suddenly remembered that Norway could get nippy in late October, it was too late to issue a tender offer for the necessary items. Instead, it has given each soldier a little sum to buy their own.