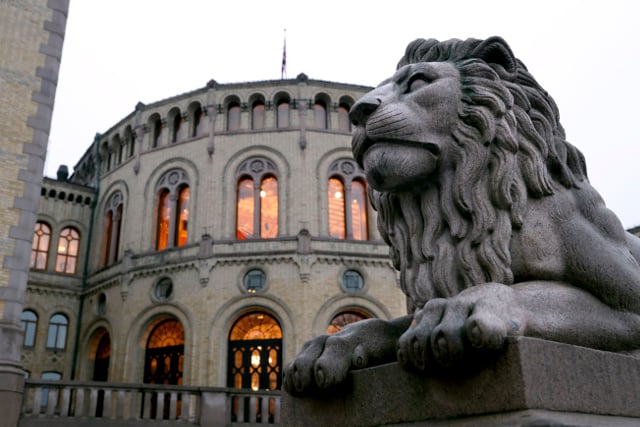 The man, who has not been named, was on Saturday ordered held in custody for two weeks, the day after his arrest at Oslo airport.

“He says he doesn't understand why he's being accused of this and believes it is a misunderstanding,” his lawyer Hege Aakre said.

The man is suspected of spying during an inter-parliamentary seminar which gathered representatives from 34 countries to discuss digitalisation at the Storting, the Norwegian parliament.

The investigation is in “a preliminary phase”, with suspicions for the time being based on “observations and his behaviour,” PST spokesman Martin Bernsen told AFP.

On Sunday, the Russian ambassador in Norway Teimuraz Ramishvili criticised the detention on the embassy's Facebook page, saying it was based on a “ridiculous pretext”.

In April, a Norwegian was arrested in Russia suspected of espionage.Held in custody pending trial, Frode Berg has admitted helping the Norwegian intelligence service by acting as a courier on several occasions, but says he didn't know what he was delivering.

If the investigation in Norway confirms the espionage allegations against the Russian citizen, Norwegian authorities could try to negotiate an exchange to obtain Berg's return, local media have speculated.

The arrest is the latest in a number of spy rows between western countries and Russia.

Earlier this month Swiss officials accused Russian agents of launching separate cyber attacks on the Spiez laboratory in Bern and the Lausanne office of the World Anti-Doping Agency (WADA).

The lab, which does analytical work for the Hague-based Organisation for the Prohibition of Chemical Weapons (OPCW), was investigating the poisoning of Russian double agent Sergei Skripal in Britain.

WADA for its part has been a thorn in Moscow's side for several years following revelations of a Russian-backed scheme to avoid drug testers.