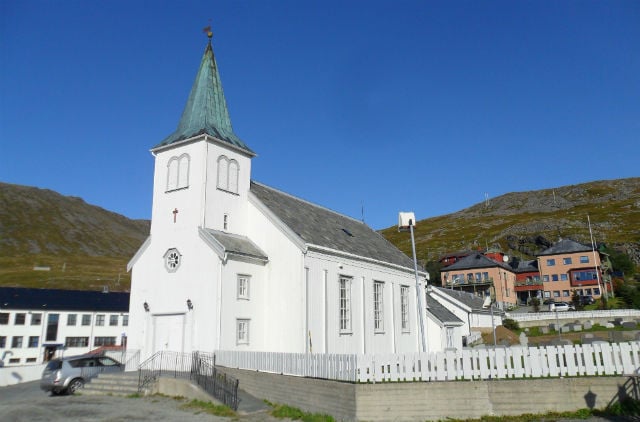 Honningsvåg Church was the only building in the city left standing after the Second World War. Photo: Bohuslen/Wikimedia Commons
“There were a lot of people and chaotic conditions,” Niels Westphal, warden of the church in the small town of Honningsvåg told Norwegian broadcaster NRK.
“It's unfortunate and a pity that when people leave church, they are photographed and filmed by tourists. “
The tourists came from a cruise ship carrying more than 6,000 people, more than double the entire population of the town.
Honningsvåg, which is near the very northern tip of Norway, has long received large numbers of visitors, partly because it is one of the last stops of the Hurtigruten coastal ferry.
Between the ship’s arrival at 11:15am and its departure at 14:45, the town centre is crowded with sightseers Between 250,000-300,000 tourists visit the local Nordkapp municipality every year.
The church, as the only building in the city left standing after the Second World War, is considered a tourist attraction.
“It's starting to be a big problem,” Westphal told ifinnmark.no.
The incursion is the latest in a succession of offences, which have left some calling for moves to reduce the number of tourists coming to the Nordic country.
READ ALSO: Norway considers tourist tax to deal  with its growing popularity
In 2014, a family of Asian tourists walked through the garden of a family in Alta, photographing their sons doing acrobatic tricks on a trampoline.
The local government in the Arctic archipelago of Svalbard co-funded a film to be shown on cruise trips asking tourists “to be cognisant to the… cultural impact the growing tourism may have on local communities”.
“Respect people's privacy,” it says. “Keep a good distance from private houses and never glance or photograph through private windows.”
READ ALSO: Frozen effect brings Norway too many tourists 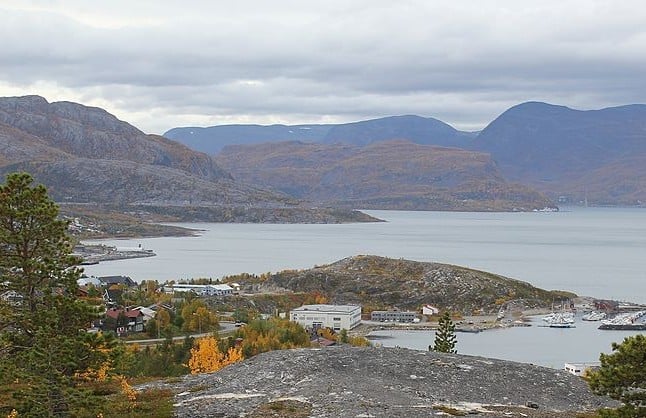 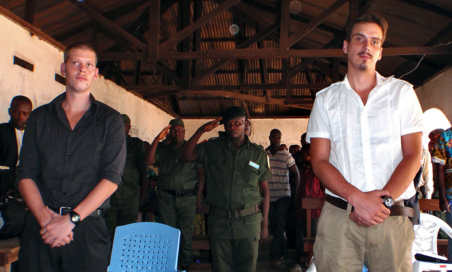 MOLAND
Congo prisoner to be buried on Thursday
Url copied to clipboard!