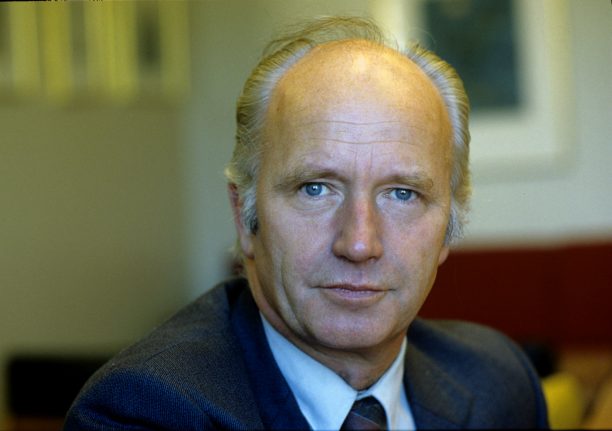 The elder Stoltenberg had a long and distinguished career, having served in three Labour governments as Minister of Defence (1979–81) and Minister of Foreign Affairs (1987–89 and 1990–93).

He also served as a diplomat for many years, worked as a peace broker in the Balkan region in the 1990s after leaving politics, and was president of the Norwegian Red Cross from 1999-2008.

He is father to Jens Stoltenberg, who was Norway’s prime minister from 2000-01 and 2005-13 and is the current Nato Secretary General.

Current Labour leader Jonas Gahr Støre expressed his sadness at the passing of an important and highly respected figure in Norwegian politics.

“Thorvald Stoltenberg is no longer with us. We receive this news with deep sorrow and remember Thorvald with much gratitude,” Støre wrote in a message posted to his Facebook page.

“I experienced the trust he placed in those around him. And the great inspiration he was for those who had a common cause,” the Labour leader added.

“As a politician and diplomat he sought solutions that could give people and societies the chance to move on after crisis or conflict. That’s why it was so important for him to see everyone and to allow everyone to be heard. That was Thorvald’s method as a diplomat, politician, foreign minister, UN negotiator and president of the Red Cross,” Støre also wrote.

Former prime minister Gro Harlem Brundtland, for whom Stoltenberg worked as Minister of Foreign Affairs in the 1980s and 1990s, also paid tribute.

“Rarely have I experience such a warm feeling of gratitude and happiness over such a positively and richly lived life. I understood last time we spoke that Thorvald felt that way. ‘Gro, I am 87 and have had an eventful and fantastic life’. He would have wanted us to remember him this way,” Brundtland told VG.

“It is sad to see the announcement that Thorvald Stoltenberg has passed away. We remember him as a foreign minister and peace broker, but first and foremost as a warm person. During a long life he made a great and important contribution for Norway. Warm thoughts to all the family,” Solberg wrote, tagging Jens Stoltenberg, her predecessor as PM, in her Twitter post.

READ ALSO: Why Jens Stoltenberg is a natural choice for Nato