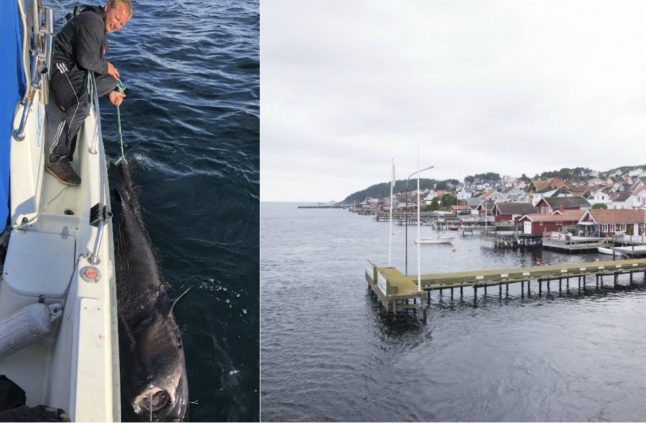 In addition to a few halibut, the group managed to hook a shark measuring at nearly three metres and 200 kilograms, Hooked.no reports.

“It’s very hard work pulling a 200-kilo fish up from a depth of 700 metres with normal fishing equipment,” one of the group, Hans Marius Kaasa, told the magazine.

Kaasa was one of a group of three friends who set out for a leisurely fishing trip on Saturday, when the unexpected bite occurred.

After losing another large catch, the fisherman decided to use an extra thick line and a mackerel as bait, according to the report.

That resulted in the hooking of a Greenland shark, one of the world’s largest shark species.

“We secured the shark to the boat and measured it at 290 centimetres. According to tables, that equates to 200 kilograms. We let the fish go again after taking some quick photos, then I had to sit down and take a rest,” Kaasa told Hooked.

The Greenland shark usually stays in deep waters and those that do come close enough to the surface to be caught are usually a lot smaller at 20 to 30 kilos, the magazine writes.

The animal’s physiology means it is able to cope with changes in water pressure, meaning it was safe for the Norwegian fishermen to release it following the catch – as is the normal practice when the sharks of this kind are caught.